Problem-solving is a necessary skill when working on sites in a tropical climate.

In the Malaysian tropical environment, all golf courses face challenges with high temperatures, rainfall and humidity, extreme turf grass and weed growth rates – and for the busy clubs, high traffic, wear and tear. At the end of 2017, it will have been more than nine years since the reconstruction of the West Course at Kuala Lumpur Golf and Country Club – now known as TPC Kuala Lumpur – was completed, and in that time six Malaysian Opens and five CIMB Classic tournaments will have been held on the course. Maintaining and managing a golf course with the pressures and expectations of the respective Tours, players, spectators, and not least the members, requires constant modernisation of maintenance practices and equipment – and also course construction materials and techniques. – Jason Winter

As with most courses, TPC KL has a long and varied history of course modifications since the original construction, both in-house and contracted out, and both good and not so good. The original construction completed in 1991 was one of the earlier “modern” courses built in Malaysia during the boom times of the late ’80s and early ’90s. Two main issues in the early days created problems for the ongoing maintenance and presentation of the course. The club chose to install only a partial-length buggy path, omitting the path along fairways. “Turf-mates” were also initially to be used by most golfers, and a maintenance road was built around the perimeter of the course, which may have shaped this decision. However, although the fairways had a good sand cap, the pressure on the turf was too much and the club soon opted to add the full-length path. Unfortunately, budgets were tight and the works were done in-house and without the necessary shaping to blend the path into the golf course naturally and drain the path and surrounding areas properly. The other main issue was the use of very high bunker faces which suffered terribly from the torrential rains frequently causing severe washouts. At the time, bunker face fabrics were not available as they are now and these washouts took up large amounts of maintenance time and expense.

A few years after opening a redesign of the course bunkering was undertaken with emphasis on minimising the maintenance required. New smaller bunkers without the high faces were constructed, and the overall numbers and sizes of bunkers greatly reduced. Unfortunately, the implementation, as with the buggy path extensions, did not allow for sufficient reshaping of the surrounding areas, resulting in some unnatural appearances and many drainage and maintenance issues. 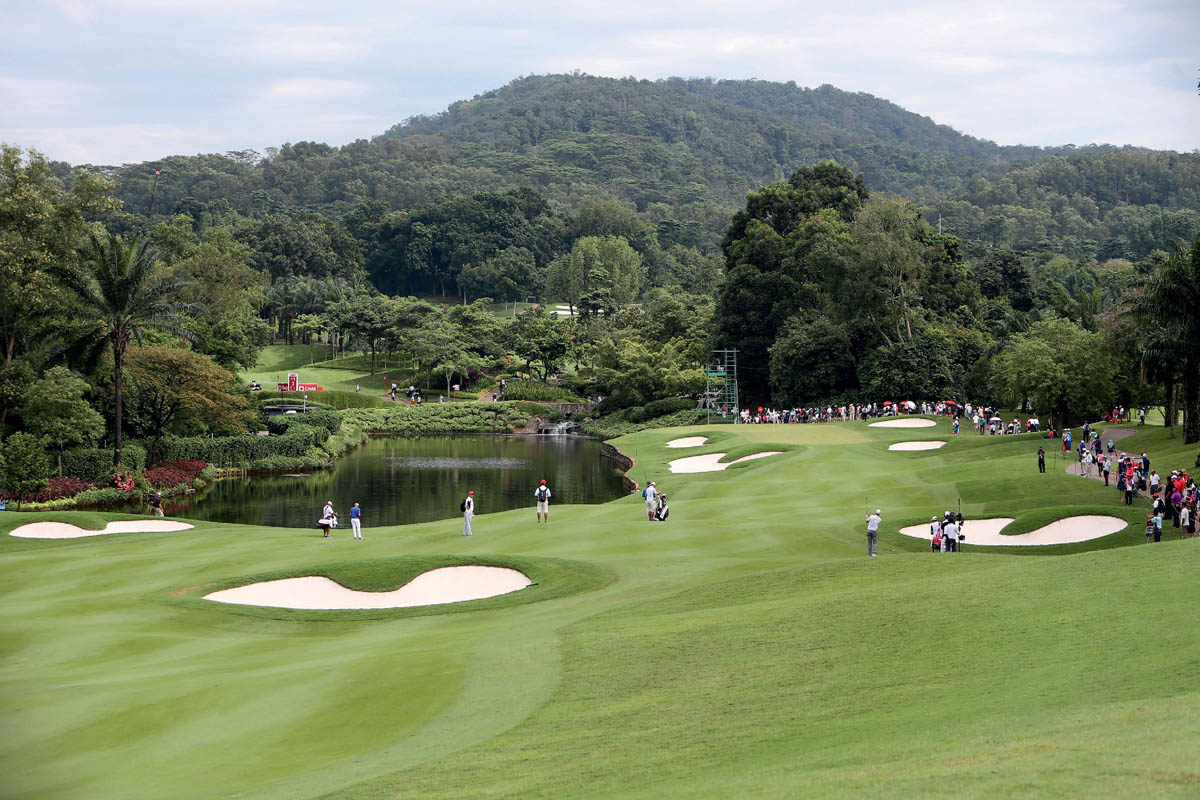 The club had been managed by the plantations division of the owners, Sime Darby, for many years, and maintenance budgets were minimal with the expected deterioration of the course quality readily apparent. Early in 2006, the club was placed into the property division, and the course hosted the Malaysian Open. Charlie Wi won with a score of 19 under in a rain-shortened tournament to three days. The overall presentation of the course not good, as play was very slow to resume after the heavy rains. 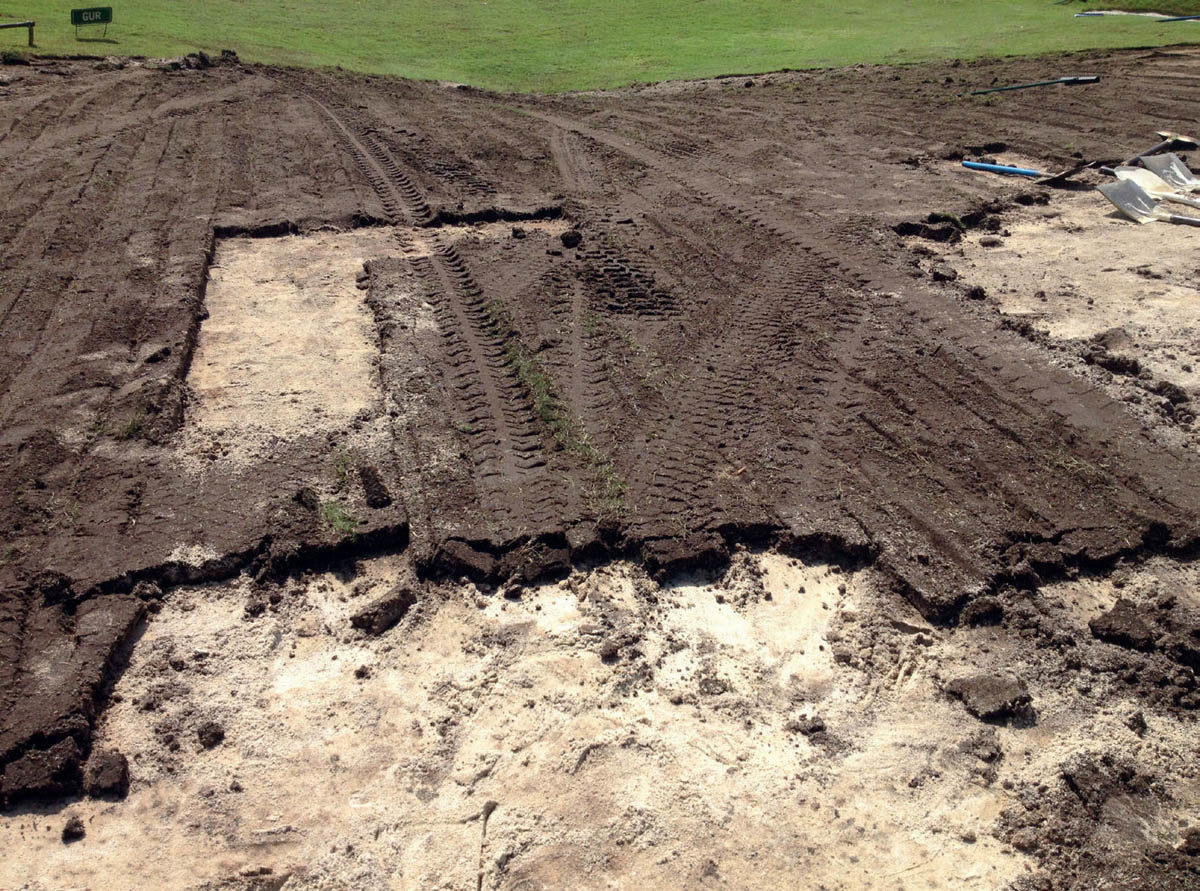 Immediately after the tournament, we were appointed to redesign both courses, East and West, and with the clear intention of bringing the Malaysian Open back to the West course as soon as possible. The client wanted KLGCC to regain its status as a premier club and golfing destination in the Asian region, and to be the flagship of Sime Darby Property. A sizeable budget was allocated for the reconstruction works, and similarly for a major club house renovation.

This budget allowed for a high quality and extensive sand cap and subsoil drainage network over the fairways, light roughs and green surrounds. The West course had around 52 kilometres of subsoil drainage trenches installed and as you would expect drains extremely well, allowing play to resume quickly after heavy rains. 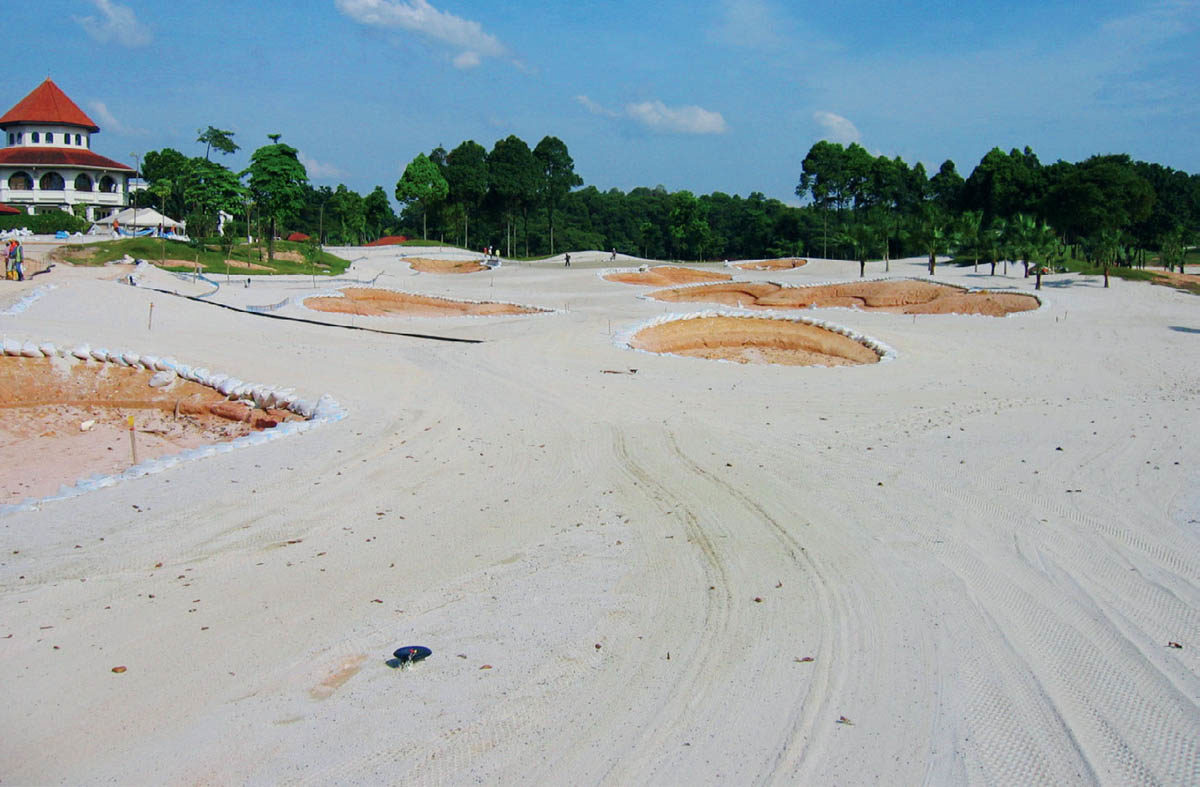 As you would expect, with international tournament play desired, pressure was on to lengthen the course as much as possible. However, the West course is on quite a tight piece of land and the club had already added many tees already over the years, though as with the paths and bunkers, rather haphazardly and with minimal works to blend them in naturally. With the major reconstruction taking place, we were able to generate a little more distance on some holes, but more importantly, reconstruct the previously added tees, and the buggy paths, and reshape surrounding areas as necessary to appear as original.

The course was re-shaped with a strategy for tournament play, taking into account the latest, at the time, prodigious distances the pros were hitting the ball. New bunker face protection fabrics were available and extensive use was made of them to enable high face visibility and producing very good drainage performance and very few wash outs.

The decision was made to use paspalum turf varieties for the fairway, roughs and the greens. The latest, at the time, breed for greens was paspalum ‘Supreme’ and this was chosen for the greens.

The course re-opened late in 2008 and successfully held the Malaysian Open for six consecutive years from 2010, and has hosted the CIMB Classic, jointly sanctioned by the Asian Tour and the PGA Tour, since 2013.

Prior to the 2016 CIMB Classic tournament the club officially became known as TPC Kuala Lumpur and this collaboration with the PGA Tour has triggered a re-evaluation by the management of the clubs targets and goals. The main priority of the planned works, scheduled for 2017-18, is re-grassing the greens, tees and fairways with new turf species. However, while the course is closed the opportunity will be taken to include some playability improvements for members, as well as some specific tournament modifications for both play strategy and operational efficiency. The overriding goal is to continue to provide members and tournament participants with the best possible playing surface all year round, maintained to the highest of standards.

‘As you would expect, with international tournament play desired, pressure was on to lengthen the course as much as possible.’ 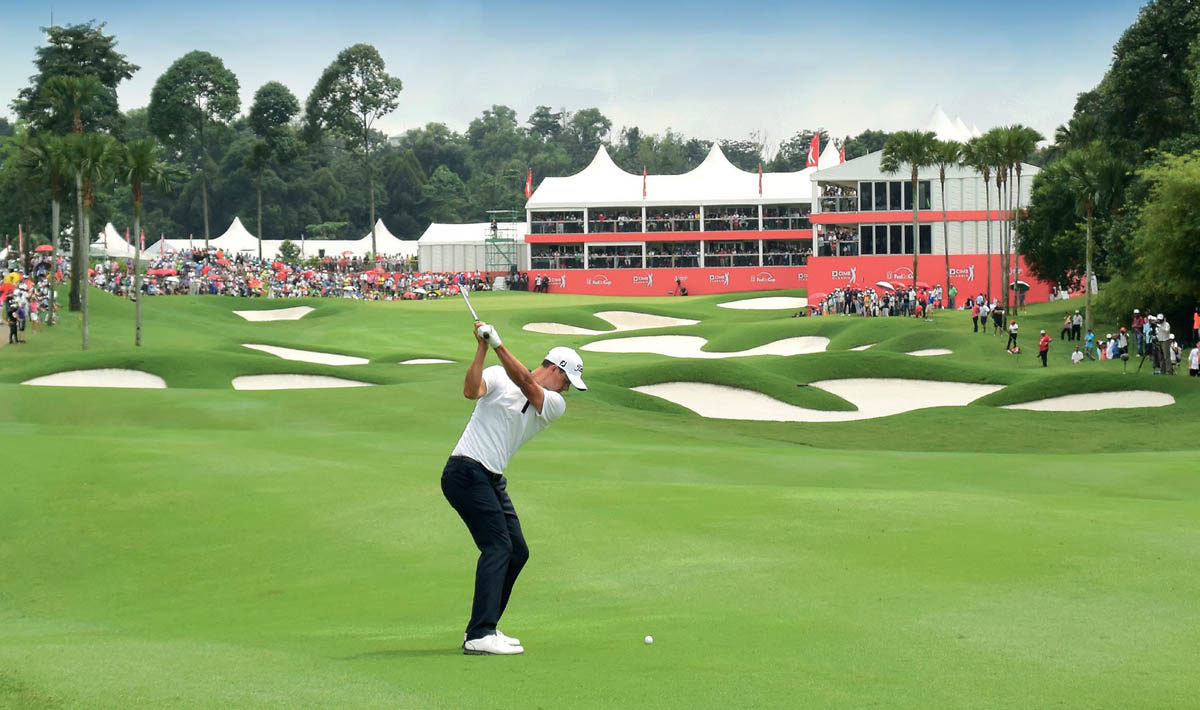 Bermuda ‘Celebration’, originally bred as ‘Riley’s Super Sport’ in Australia by the late Rod Riley back at the turn of the millennium, has been chosen as the turf species for the tees, fairways etc.

Although the paspalum has generally performed very well, heavy invasion by the original Bermuda varieties, and the difficulty in keeping them and other weeds out has prompted the return to a Bermuda, and the ‘Celebration’ was chosen for its superior performances in drought, disease and pest resistance, wear and shade tolerance. The upgrading exercise will also remove the large build-up of organic layer over the sand cap which has caused soft conditions and the need for the pros (poor things) to be given preferred lies during the tournaments due to excessive mud sticking to the balls, helping them achieve record low scores.

Tifeagle will be used for the green resurfacing and should see faster green speeds achievable, something that has proven difficult to manage with the paspalum Supreme without overly stressing the plant which affects the member’s play at other times. The greens have also seen five inches of organic layer added to them since opening. This has affected not only turf performance but also the gradients on the green to a degree in places where many hole locations are unusable during the tournament. The green sand profile will be returned to the original 12 inches to reinstate the original hole locations, and some tweaking of some gradients will be made to increase holeable areas and adjust to the expected increase in green speeds.

Many runoff areas around the greens will be reinstated and enhanced, one of our original features which have been lost over time. This concurs with the PGA Tour’s comments to increase difficulty for the pros, where their stats indicate that “proximity to hole” dictates the likelihood of the players getting up and down – ie, the closer to the hole they are, irrespective of whether they are in sand, rough or fairway, the higher the percentages of making a successful recovery. This style of course set-up should help the club golfers as they have increased options of play. Lob shots, bump-and-runs, and even putting are all options when the green surrounds are closely mown. Some minor fairway shaping adjustments and tree planting to increase difficulty at the Tour landing areas will also be made.

A major item included in the project is to construct a large short game practice area including an additional two practice greens, practice bunker and varied grassed areas enabling approach shots up to 80m in length and practice from different slopes and grass heights of cut. This area will benefit the tournament, resident golf academy and the most importantly the members.