Harry Colt’s ‘Lost Holes’ at Sunningdale were among the points of interest witnessed by golf architects from Australia, the US and Europe on a recent study tour.

The EIGCA set up a fantastic itinerary for the week and a total of 71 participants thoroughly enjoyed the interaction, renewing of old friendships, the golf, the locations and the friendly rivalry culminating in the EIGCA carrying off the coveted ‘MacKenzie Trophy’ – the hickory driver held by the winning golf team between tours. 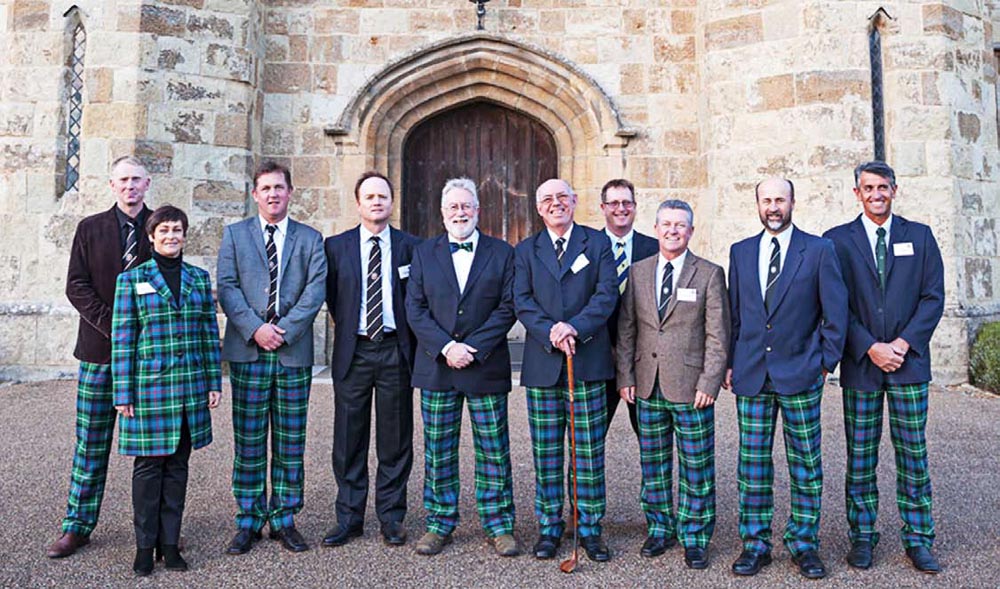 Architects commenced arriving on the Sunday, September 13, to Runnymede, home of the Magna Carta, on the banks of the River Thames and in the afternoon we were treated to a tour of the Harry Colt “lost holes” at Sunningdale Golf Course, abandoned by the club in 1934. The walk around the old layout of holes, through the heath and forest, was a step back in time which was complemented by expert commentary on heathland habitat by Keith Duff (a former Chief Scientist and National Director of English Nature and now the EIGCA’s course director for its Sustainable Golf Course Development program) and John Churchill, the club historian who filled us in on the “lost holes”.

On the Monday, day one of the golf was contested at Sunningdale, with some light rain making the 18 holes of the New Course (designed by Colt and Morrison in 1923) just that little more difficult. Those not used to the heath quickly learned that a sideways chip out or unplayable lie were often preferable to trying to play a typical recovery shot towards the green. The heath simply dominates most holes, being in front of tees as carry, closely alongside of most holes and even adorning the edges of many bunkers. The greens were undulating, fast and quite a challenge. Comparing the views with many of the old photos one can see how the trees today have taken over the landscape over the years and interestingly now there are active programs in place to reverse the trend and re-establish much of the traditional heath that has been lost. 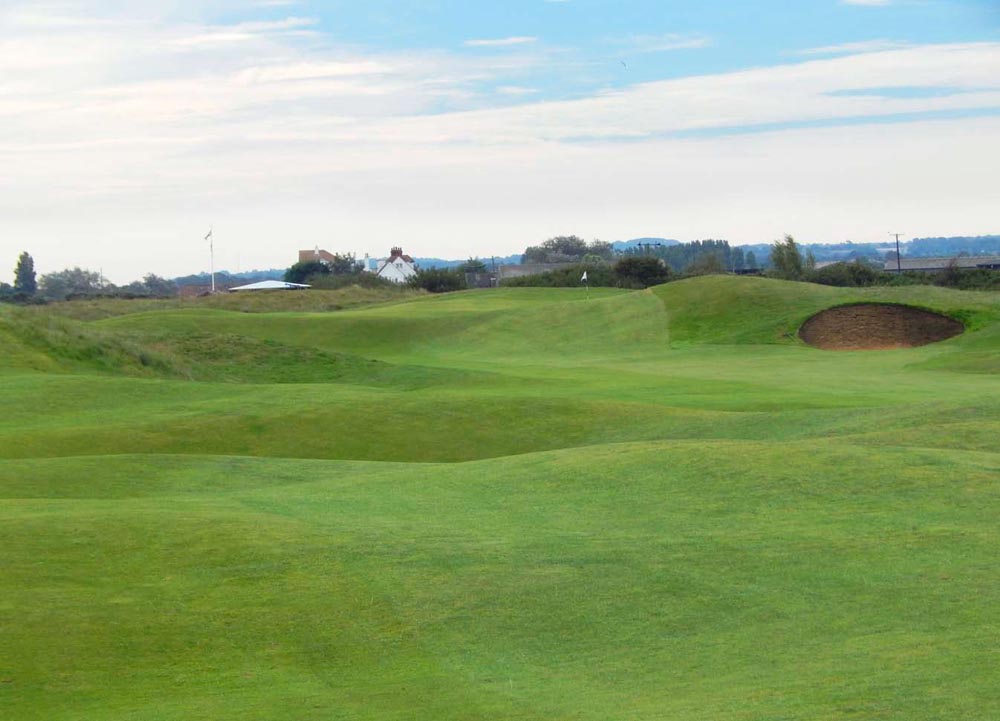 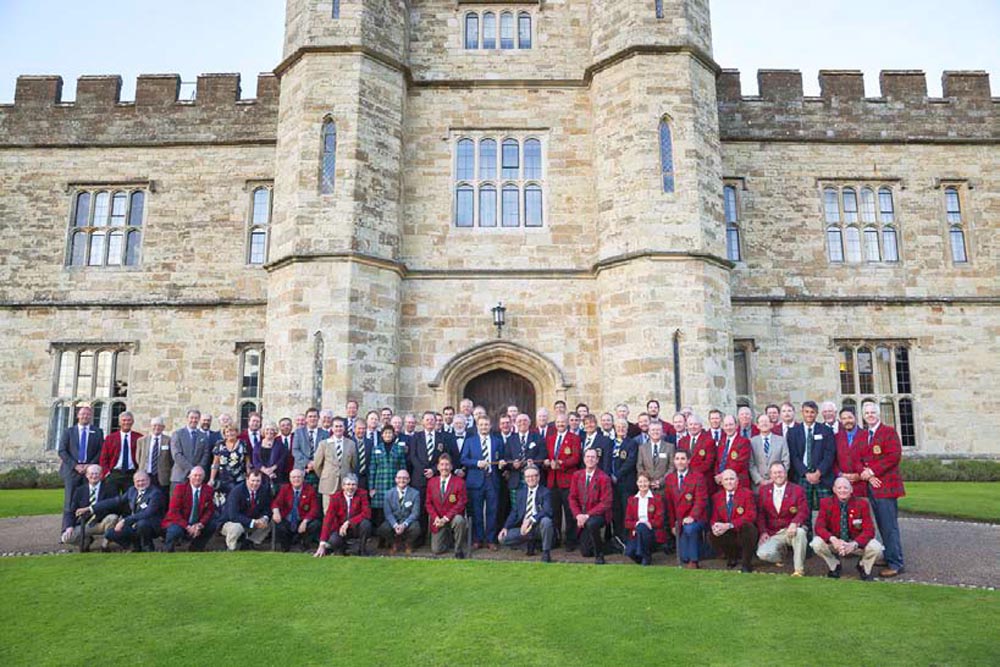 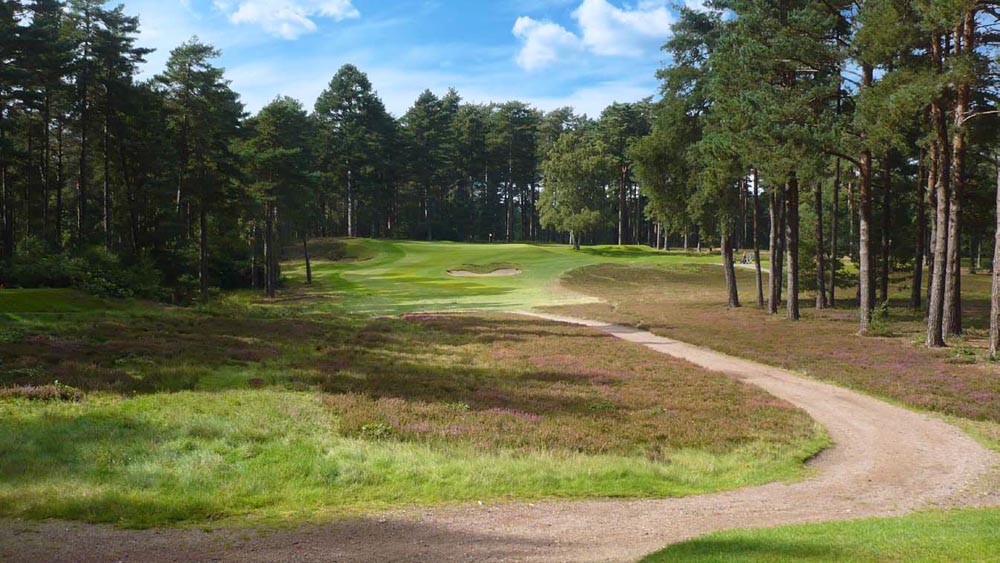 Day three at The Berkshire Golf Club – The Red Course (designed by Herbert Fowler in 1928), was again a walk among heathland but with a more forgiving breadth of fairway when compared with the day prior. I had the opportunity of walking both courses (Red & Blue Courses) and noted the land is a bit heavier than Sunningdale’s sandy loam, although with similar landscape. Interestingly I found that many of the holes had bunkering to the left, with heath around edges but the bunkers on the right-hand side often had more typical grass surrounds. There was good movement across greens and a bit more intense elevation changes over the site.

I had been really looking forward to all of the golf courses on the tour but especially Royal St George’s. Designed by William Laidlaw Purves in 1888 in exceptional links land along the south coast of England, at first sight it has a deceptive flattish look from the Club. Once into the dunes the course unfolds its wonderfully contoured fairways, surrounds and greens, any of which can easily direct a wayward shot into places best left unexplored. This 18 holes was a complete test of golf, which had varied holes and fully justified its “Open” status.

Royal Cinque Ports Golf Course had the best weather of the week and like its nearby cousin (Royal St George’s is just 2.5 miles down the road) it is a bit deceptive viewed from the Club. The Course was originally laid as nine holes by Greenkeeper Henry Hunter and built on by James Braid, Sir Guy Campbell and Henry Cotton to create the current 18. It was a really fun game of golf, with the golf architecture best described as risky stuff that still seems to work – although I doubt that any current golf architect would get away with such contouring today.

Having played golf in many parts of the world including Scotland and Ireland, I must say that I have a newfound respect for the golf courses in southern England following this tour. The other part of playing such classic golf courses was the opportunity of being invited into the Golf Clubs themselves; what an experience walking through history in building architecture, interiors, memorabilia and such wonderful food and service.

The tour concluded with a banquet dinner on the Thursday night at Leeds Castle; set on two Islands in the Len river, it has for centuries played host to royalty and now provided the perfect setting for the final gathering of golf architects. The food and drink were perfect, with an after-dinner chat by Peter McEvoy, OBE, setting a warm and merry mood, then a summary of the week given by EIGCA President Tom Mackenzie who also thanked his team for their great organising. SAGCA President, Ted Parslow, and ASGCA past President Rick Phelps also both spoke glowingly of the week, the organisation and support given to their members by EIGCA team, the unforgettable golf, the information exchanged, friendships forged and the looking forward to the next time we all got together 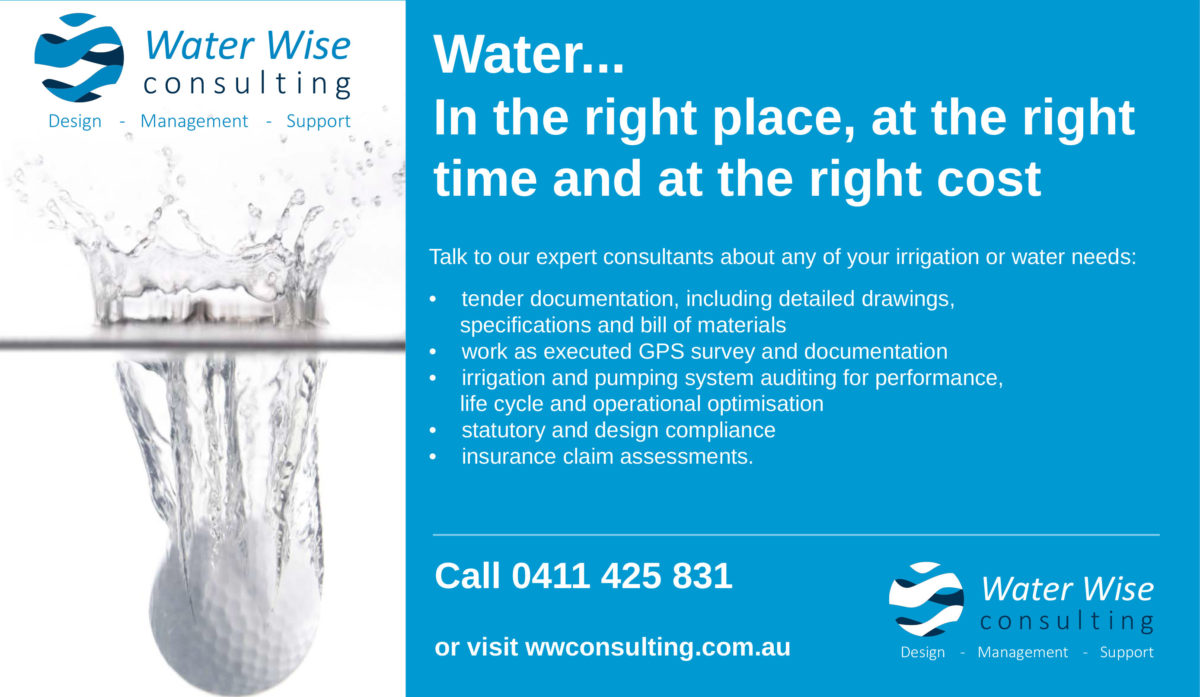