Will They Go To Rio? – Olympics Course in review

I’m about as far from an expert on South America as you could find but I spent a week at the Olympic Games caddying for Su Oh and my experience of South American golf courses is limited to Gil Hanse’s course, made purposefully for the Olympic tournament. – Michael Clayton

We did drive past Gavea, the city’s blue-blood club and the course where Gary Player once shot 59, but it was hard to tell if it was any good or not. At barely more than 6000 yards long it was nowhere near suitable enough for modern players and as for the anti-golf press and protestors who thought it capable of testing world-class players… well, that just gave away their ignorance and their prejudice of golf. 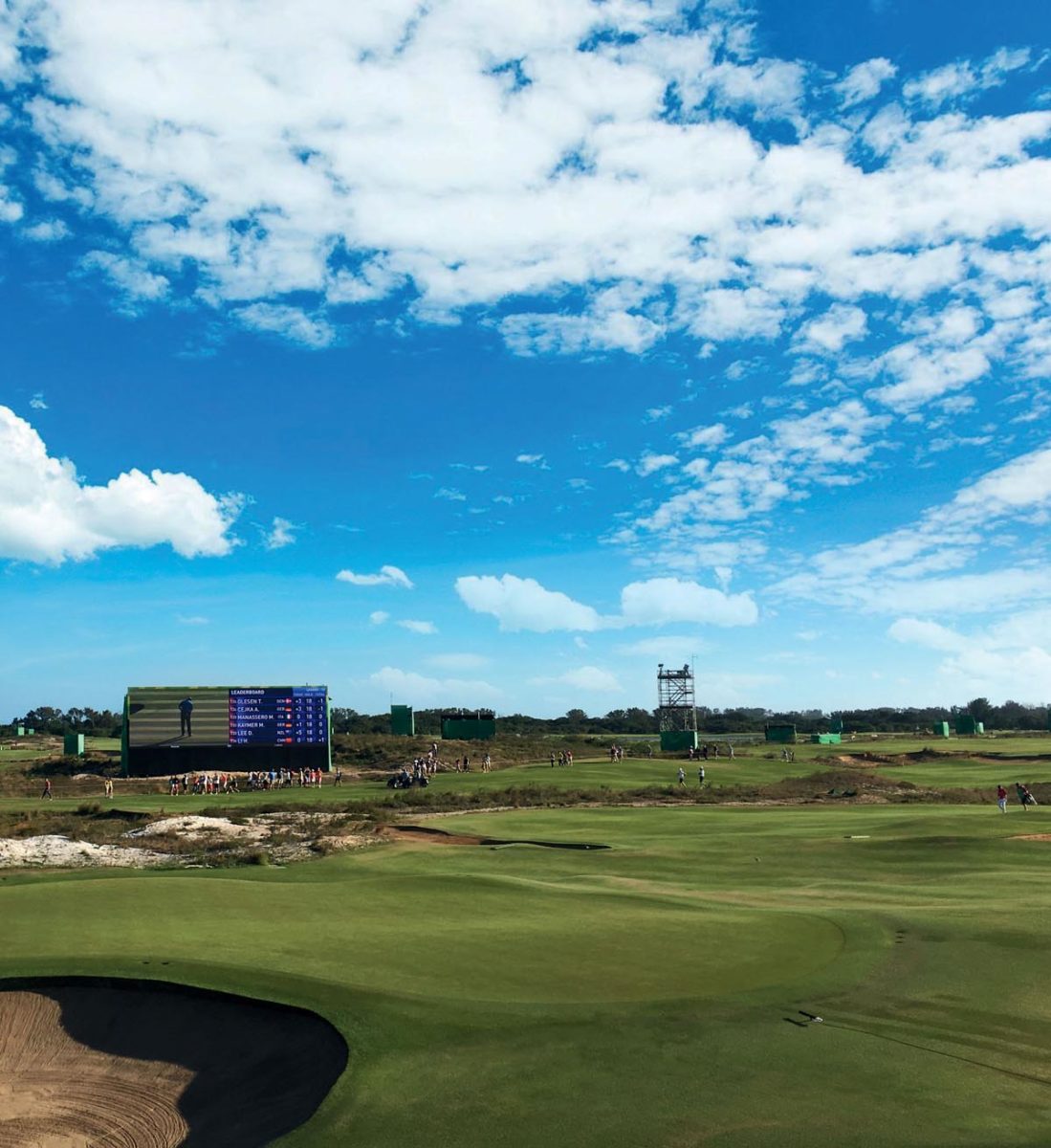 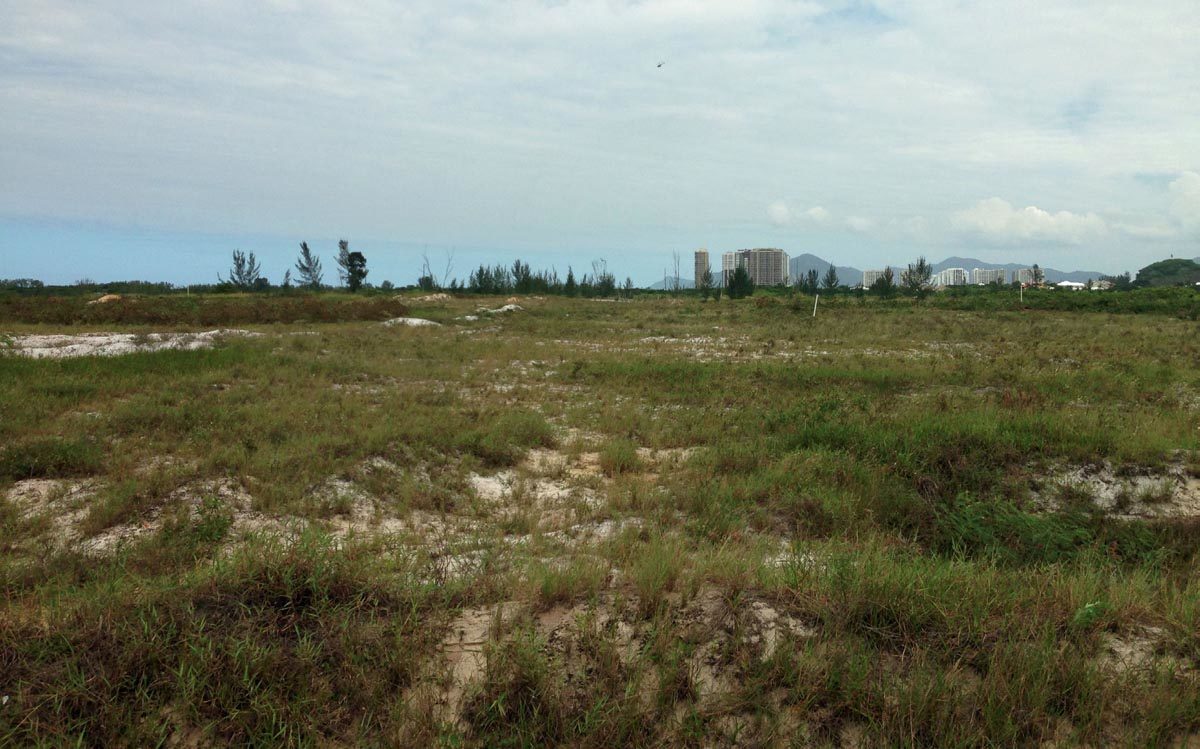 No doubt there are lots of reasons to visit South America but golf isn’t one exactly jumping out. I’m sure the Jockey Club in Buenos Aires is worth seeing because it’s MacKenzie but football is their game and golf is one played by the very wealthy who seemingly quite like the concept of keeping it amongst themselves.

For golf to work in Rio it needed a first-class design and no-one who saw the course Hanse and his crew made doubted he had delivered anything less.

The predictable route would have been to make narrow fairways, lined them with rough and asked players first and foremost to hit straight. It’s a question they are asked most weeks on the Tour and it’s predictably dull as it goes on week after week.

The fashion of modern courses built to attract the public golfer has been to make wide fairways and to give players space to play. Bill Coore and Ben Crenshaw did it at Sand Hills, as did Tom Doak at Pacific Dunes and Gil Hanse at Castle Stuart near Inverness. Both courses at Barnbougle have huge expanses of short grass, as does the new course at Cape Wickham on King Island.

It’s fashionable, certainly; but hardly revolutionary. If the average Tour player hits six out of ten fairways on narrow PGA Tour courses, he is hitting eight or nine out of ten at St Andrews or Royal Melbourne or Augusta. 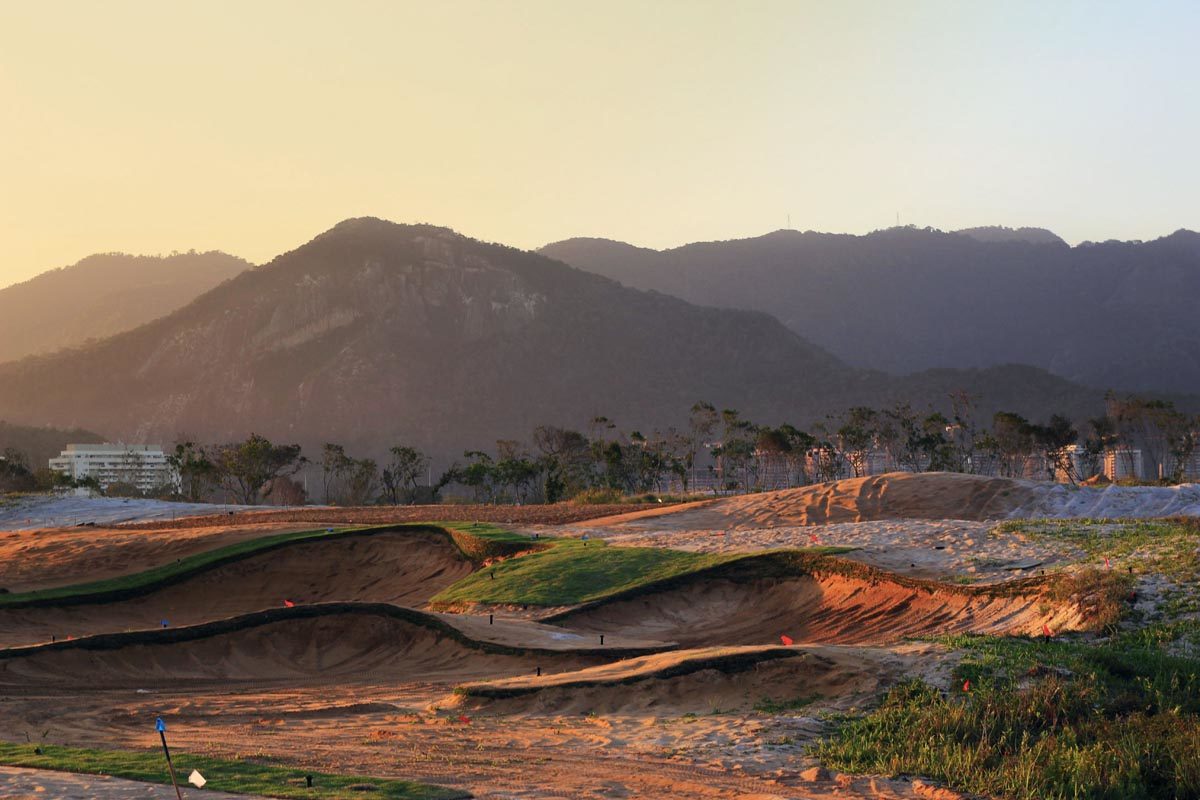 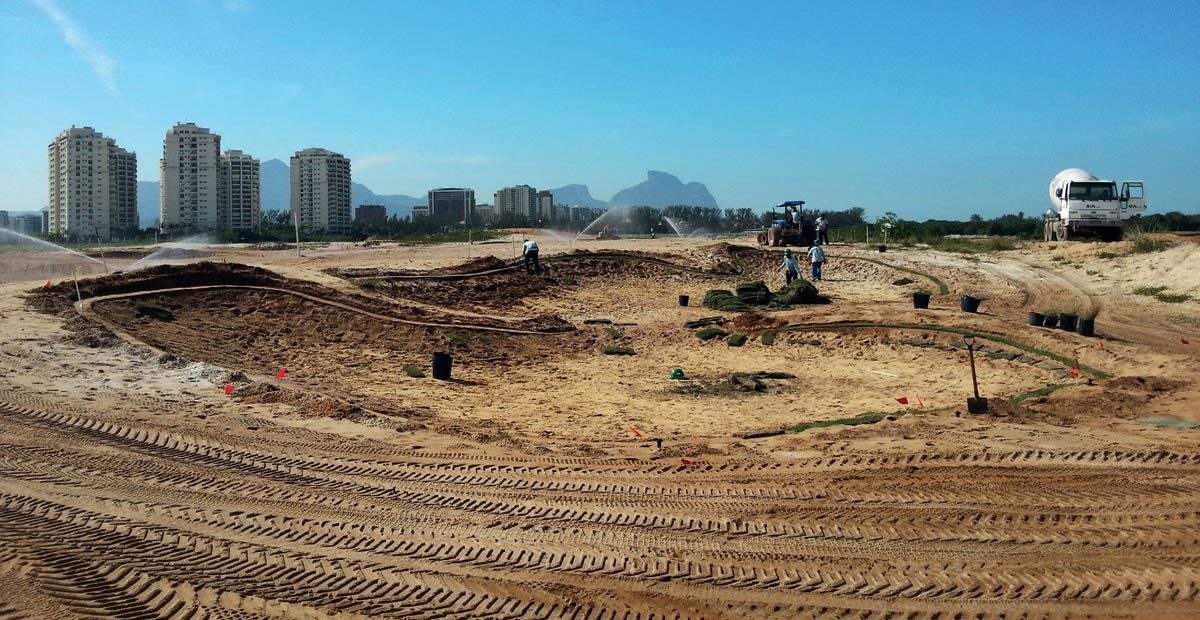 The 18th green awaits play on the eve of the Olympics – Will They Go To Rio? – Olympics Course in review – Issue 18 – Mike Clayton – Photo: Ben Hillard

In Rio, to get to the most advantageous parts of the fairways from which to approach the greens, players had to skirt, carry or play short of some sort of hazard. Hanse used bunkers, water and sandy wastelands (which were filled with spectators’ footprints by the end of the first week) as driving hazards and then orientated the greens to make driving to the proper side an important part of playing the course well.

The other noticeable thing he did to test the best players in the world was to make the hard holes really hard. The run through the middle, from the 11th to the 15th, was the heart of the difficulty of the course but against the fashion of finishing with long and very difficult holes Hanse built holes which were easy to par but tempting and dangerous if you wanted to make birdies. ‘Half-par holes’ were a favourite of Alister MacKenzie and Hanse too clearly enjoys the conundrums the best of them pose.

Like everyone else, Hanse remains unsure of the future of the course. In a city where so few play, can it survive as a public course? Will golfers from overseas fly all the way to Brazil to play the course? Will Rio tourists who play golf take an extra day from Copacabana Beach, Ipanema, and all else that the city has to offer, to play golf?

Or will it go the way of the collapsing and degraded Olympic stadiums we see in Athens and Beijing?

It surely deserves to survive and for all the money those who pushed for the game to be included into the Olympics make from the two major national Opens, it should. As for new Brazilian golfers, they couldn’t find a more playable, fun and interesting golf course to learn the game.