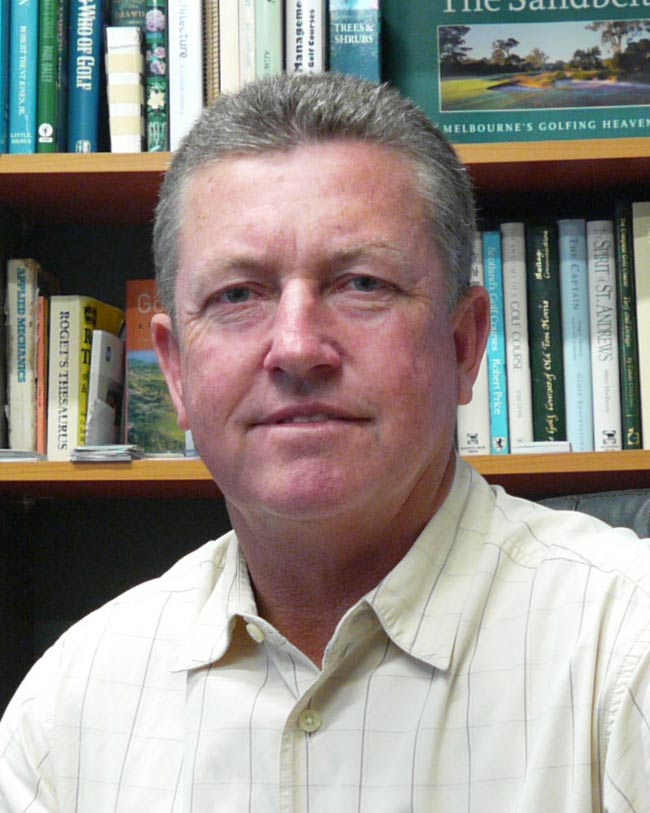 Graham began his working life for a consulting engineering and planning firm on the Gold Coast in 1971 and later qualified as a Civil Engineer Design Office Technician.

In the early 80’s Graham had the opportunity to adopt his design skills to the specialist field of golf architecture and has worked with several senior Society members before and since establishing his own firm, GNP Golf Design in 1993.

Having joined the Society of Australian Golf Course Architects in 1990 Graham spent many of the years since then as Honorary Secretary Treasurer and Vice President until 2009 when he was elected President until 2014 when Ted Parslow took over the mantle.

Noosa Springs Golf Course was one of the first major GNP designs to come into play in 1999 and since then GNP have completed Lynwood Country Club, an 18 hole par 72 members course at Pitt Town NSW and a vast array of other golf design projects and club renovations throughout many parts of Australasia.