The year 1918 saw the end of World War One. Following years of wartime hardship, society experienced great change. The aspirations of both men and women were high and increasingly Australians were becoming preoccupied with sporting and outdoor activities. – Editor – Golf Architecture

During the interwar years, Barwon Heads was well positioned, albeit yet to fully capitalise on this social change, situated on the Barwon River and nearby surf-coastline of Victoria’s Bellarine Peninsula. This quiet seaside fishing and farming village was growing in popularity with holiday-makers venturing from Geelong and the Western District. A modest nine-hole golf course had been laid out in 1907 on a site nestled by the river to service the growing pastime of golf and the needs of visiting ‘silvertails’ from Geelong. That said, the Club in its early years offered little in the way of creature comforts. Geoff Adams noted in his 1973 Club history: “… the golfers occupied a small shed, brought hampers, used a primus stove to make their tea and sat around on rugs while they ate. 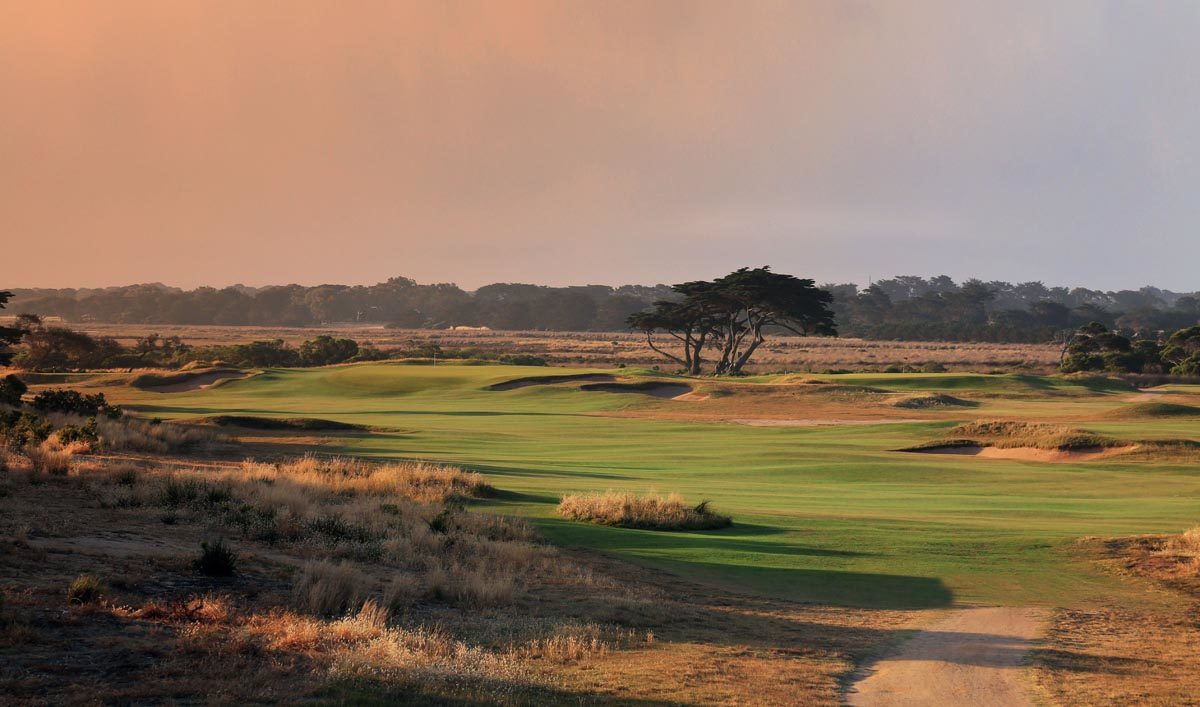 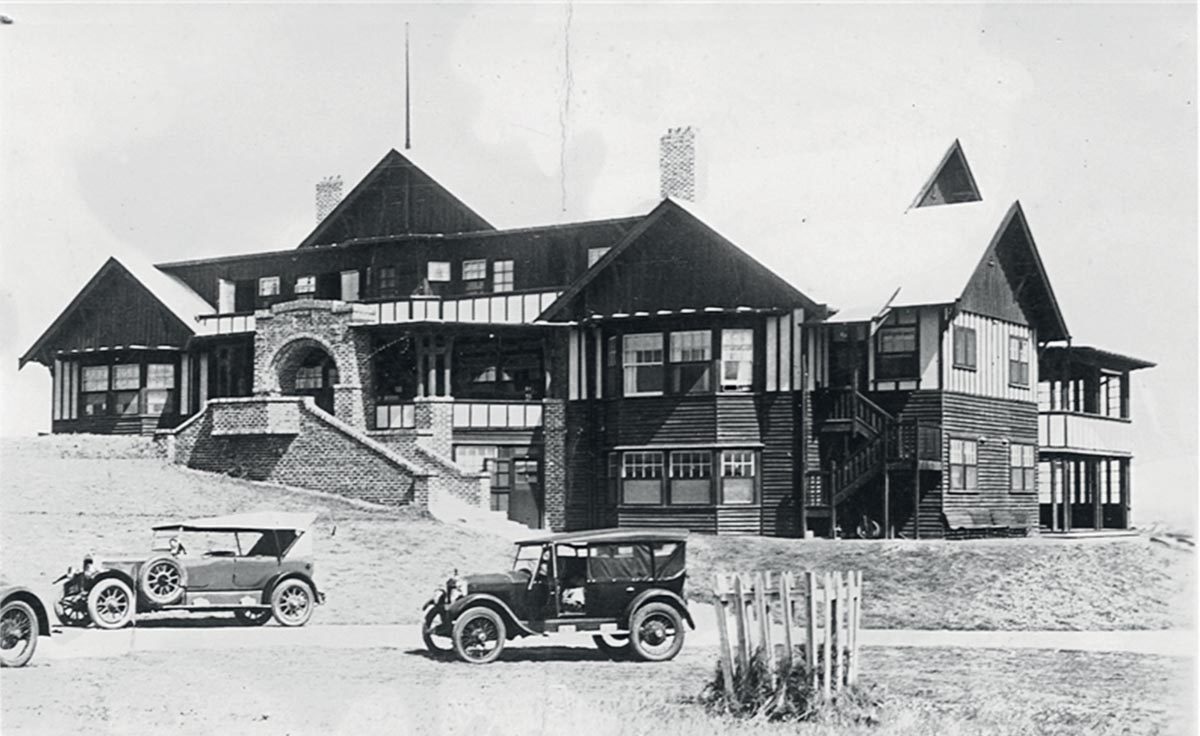 Barwon Heads’ bold vision included the construction of its grand Clubhouse, which architecturally owed much to the Arts and Crafts period and historically was the first clubhouse with accommodation for both sexes. Today it also serves as a museum, housing many golfing pieces of significance – Play & Stay – Country Comfort – Barwon Heads GC history – Issue 18 – Paul Magford – PHOTOS: Supplied

In 1919 the Club was keen to extend the course layout beyond its nine holes and purchased land lying south of the river mouth’s bluff. The land was characterised by sand dunes and had long been admired for its golfing potential, despite some detractors who questioned the suitability of the ground to support turfgrass. Thus Australia’s first links course was established. The first nine holes were opened in November 1921, with the full 18 holes playable in Easter of 1922. The course was laid out by professional Victor East and George Lowe Jr, son of the well-known Lytham & St Annes professional George Lowe Sr, who extensively redesigned that famous links. SF ‘Barney’ Mann, one of the founding members at Barwon Heads, was involved in the initial course construction and is believed to be responsible for the changes in the early 1930s when additional land was used for four new holes east of the clubhouse, resulting in substantial changes to the remaining holes.

Driven by visionaries of the Club such as Thomas Bostock, who was a central figure, and Mann, who oversaw construction, The Barwon Heads Golf Club was set upon a path which would see it become a must-visit destination. Indeed, the move would establish Australia’s first Country Club – where members and guests could stay and enjoy the vast variety of amenities. (Tellingly Peninsula Country Club, across Port Philip Bay on the Mornington Peninsula, followed suit.)

In the Club’s most recent history book ‘A History of The Barwon Heads Golf Club’ author Weston Bates writes: “The move to the coast and to eighteen holes was bold, but the addition of a majestic clubhouse reveals confidence and ambition far beyond what might have been expected from the holidaying Geelong players.” The embodiment of this bold vision was the building of a grand Clubhouse – a residential club for golf and tennis situated close to the beach whilst retaining the formality of a traditional golf club.

As stated in the ‘National Trust of Australia (Victoria) Classification Report’: “The Barwon Heads Clubhouse and Golf Course is significant for aesthetic/architectural, historic and social reasons at a State level.” Architecturally the Clubhouse owes much to the influence of the Arts and Crafts period and combines many visual elements popular prior to and during the 1920s. The report goes on to say that “historically it was the first clubhouse with accommodation for both sexes, based upon country club lines in Victoria”.

Bates summed up the significance and success of Australia’s first ‘destination golf’ facility in writing: “The Barwon Heads Golf Club had arrived. Membership rose in 1924 to 300 men and 230 associates. Among them were some of the best golfers in the land and many prominent citizens. The foundations had been laid for family and geographical loyalties that are probably unmatched. Generations have come from the Western District, the Riverina, Sydney, Adelaide, the South Australian border, Geelong and Melbourne. By word of mouth within social networks, a golfing holiday at Barwon Heads became the fashion. Groups from a distance organised annual golf weeks. They booked out the clubhouse and entered a total experience of golf, tennis, swimming, eating, drinking and sleeping. And when holidays brought families and friends to a growing number of cottages, some expansive, well-beaten tracks led to the club and its facilities. It was a honey-pot as well as a hive, buzzing with young and old. So powerful was the idea of the family club, and so wide its horizons that two definitive Barwon Heads events, the juniors’ Wallace Cup (from 1928) and the ladies’ Marrum Cup (from 1925), were spawned almost naturally, though bravely, in the climate created by the new era.” 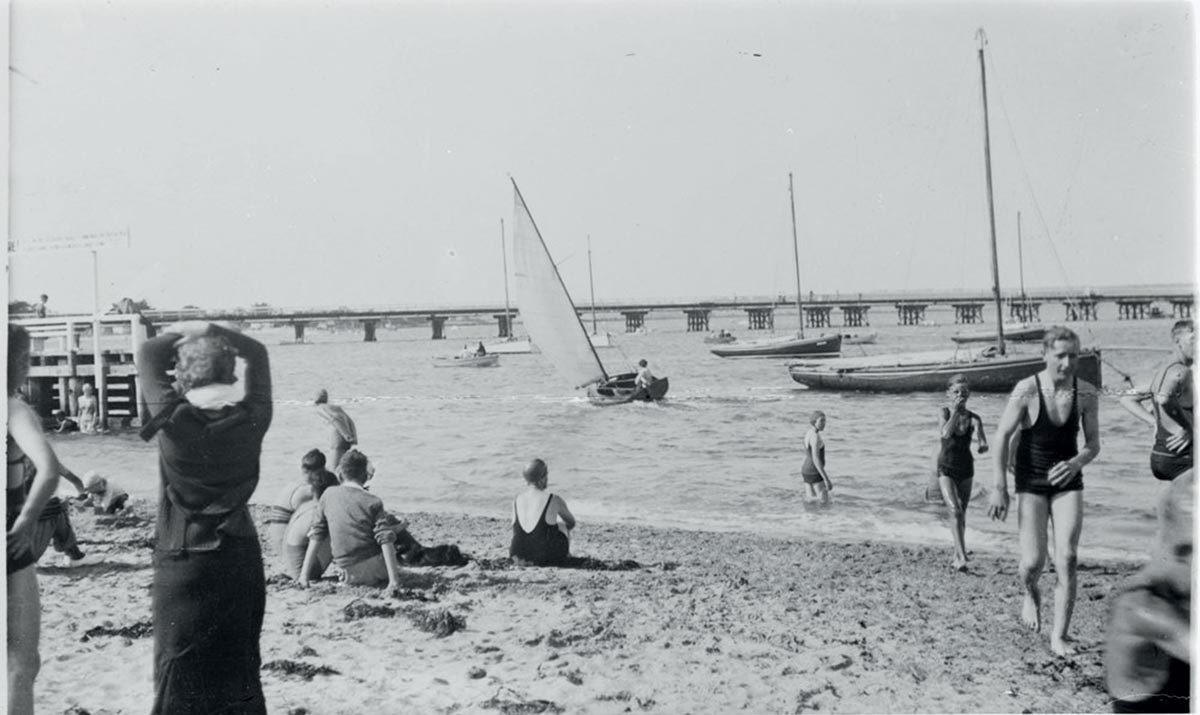 For our part Crafter + Mogford are proud of our contribution to the ongoing evolution of The Barwon Heads Golf Club these past 12 years. We are ever cognisant and respectful of our impact upon this iconic course. Barwon Heads is rightfully recognised as the first golf course of a links design in Australia, and we are resolute in preserving this distinction. From our judicious approach to improving the course, to the re-planning of the carpark, tennis precinct, the new short-game practice facility and the redevelopment of the Par-3 Course – which principally has slower swing golfers in mind – we recognise that Barwon Heads is a gathering place for families and must cater for these varying needs. In a time when some Clubs are struggling to maintain their relevance, we see the Barwon Heads model enduring and instructive.