From Sand To Success – Danang, Vietnam

Destination golf in the modern era has had its well-known recent success stories in Oregon (USA), Northern Tasmania and most recently on King Island in Bass Strait all delivering world-class links golf. Of a differing style, but nevertheless another successful golfing pioneering story is Danang in the developing Asian golfing nation of Vietnam, where coastal land abounds and is soft dunes in nature. – Harley Kruse 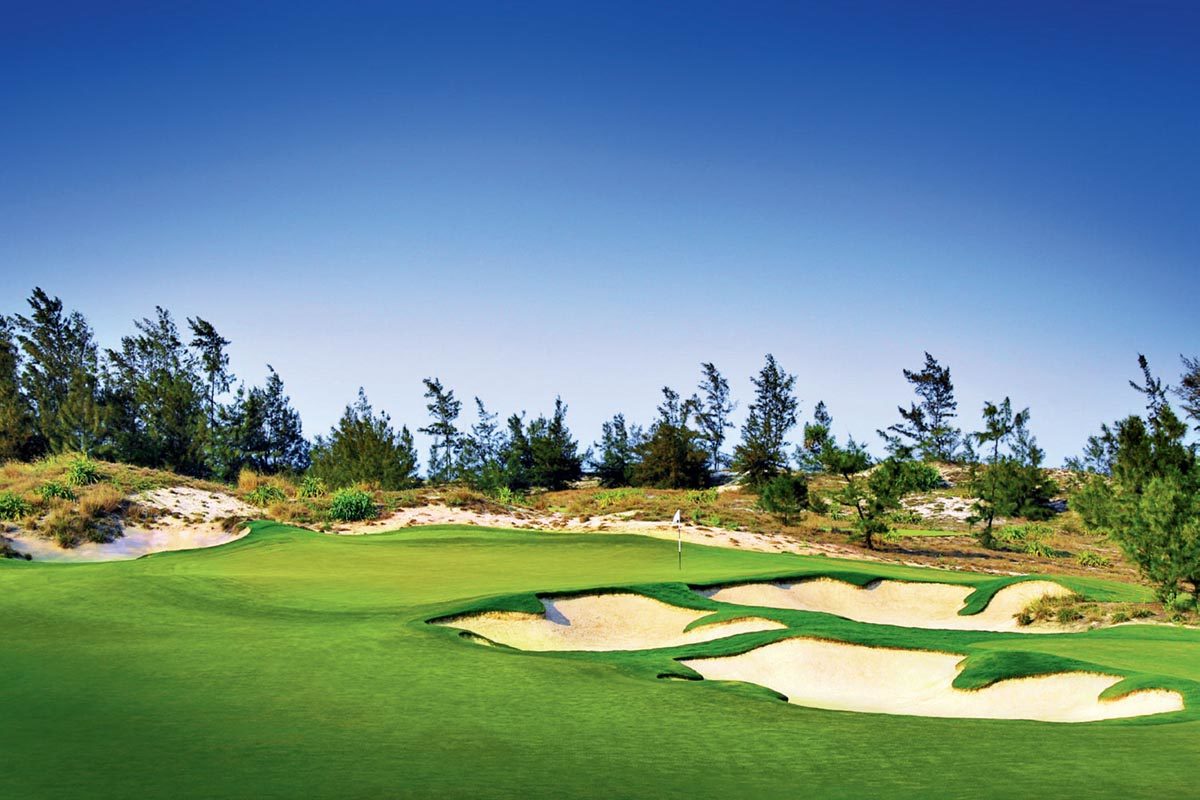 Vietnam has been the place on many people’s lips in the golf industry for a while. It’s a country that has a developing economy, a rich culture, some wonderful tourist spots, lovely people, and great food. All for great value for the tourist dollar spent.

This is the remarkable golf destination story of the third largest city in Vietnam – Danang. It was a joy to be part of the pioneering of golf here and in many ways Danang is a demonstration of the ingredients required that can make a place a golfing tourism success. Remembering that great golf alone does not necessarily equal good commercial outcomes.

Winding back the clock I recall arriving in Danang, Vietnam in 2008 for the very first time on a flight from Saigon. I was stepping off a brand new Vietnam Airlines plane. A couple of other passengers were US Army Veterans returning with their wives to Danang for the first time since they left in 1973. We had to walk across the tarmac with bunkers and hangars of the old Danang US Base across the other side of the airfield. Luggage would be ferried along a straight conveyor belt, and it just fell onto the ground in a pile if you weren’t quick enough to grab it in time.

The journey to the site took 20 minutes down the main coastal highway that connected Danang with the tourist town of Hoi An and fronting the infamous China Beach. Along this stretch were hoardings promoting new hotel sites along the beachfront, with the ‘main game’ at the time being the Furama hotel.

The next day I would be walking the sand dunes land of the site, with gentle rolling shape, wispy grasses and Casuarinas. The shapes were reminiscent of the sandbelt of my hometown of Melbourne. (Mind you, the walk soon became a nervous one, sticking to well-trodden cattle paths amongst the dunes after seeing a group in flak jackets and helmets with metal detectors clearing the site of ordinance.)

The land presented abutted the beach at only one spot. Alas, the dream of pure links golf was not to be, as stakes indicated where the rest had already been taken by the client’s real estate division for housing. Nevertheless, the generous inland areas were very good and would make for our design work of a wide and generous sandbelt course the like of which not yet seen in tropical Asia and along with the masterplanning of an additional future 18 holes which would be a lower-lying soft wetland style of course.

Fast forward to March 2015. I had arrived into Danang to meet my Chinese clients and show them the Dunes Golf Course which had opened in May 2010. A brand new airport terminal greeted my flight direct from Singapore and my clients had flown in directly from Hong Kong. This was definitely a different Danang to the one of a few years prior. There were tourist groups and golf bags on the carousels. There was the buzz of prosperity and optimism in the air.

As we headed to the golf course there was a bunch of new hotels (and casino) built overlooking China Beach. Within 15 minutes we were sitting on the terrace of the Danang Golf Club clubhouse.

General manager Joe Millar, a great asset for the golf operation, reported the Dunes Course had just done a record 7300 rounds of golf in the prior month alone. The course was doing over 60,000 visitor rounds per year – these were impressive figures in the business of resort golf and making decent money for the owners VinaCapital. It was popular and getting a lot of repeat business – which is an enormous endorsement of the golf facility, the way it’s managed, and the excellent service visitors receive. Supporting this was its debut in the Golf Digest rankings as the No 1 Course in Vietnam.

Hearing about the success of the golf course, and also the course next door, some very real fundamentals of the business model would start to sink in. Yes, this was indeed a successful “build it and they will come” model of today’s age. Whilst the British had opened up seaside and golf tourism with development of railway in the mid-1800s, the modern age of flight travel meant Vietnam would do this with a commitment to a brand new international airport terminal. With its opening, Danang could now receive direct flights within a few hours from the tourism catchments of Singapore, Malaysia, Hong Kong, South Korea, Japan, Australia, and yes fortunate timing to meet the relatively new and burgeoning golf tourism market of China. 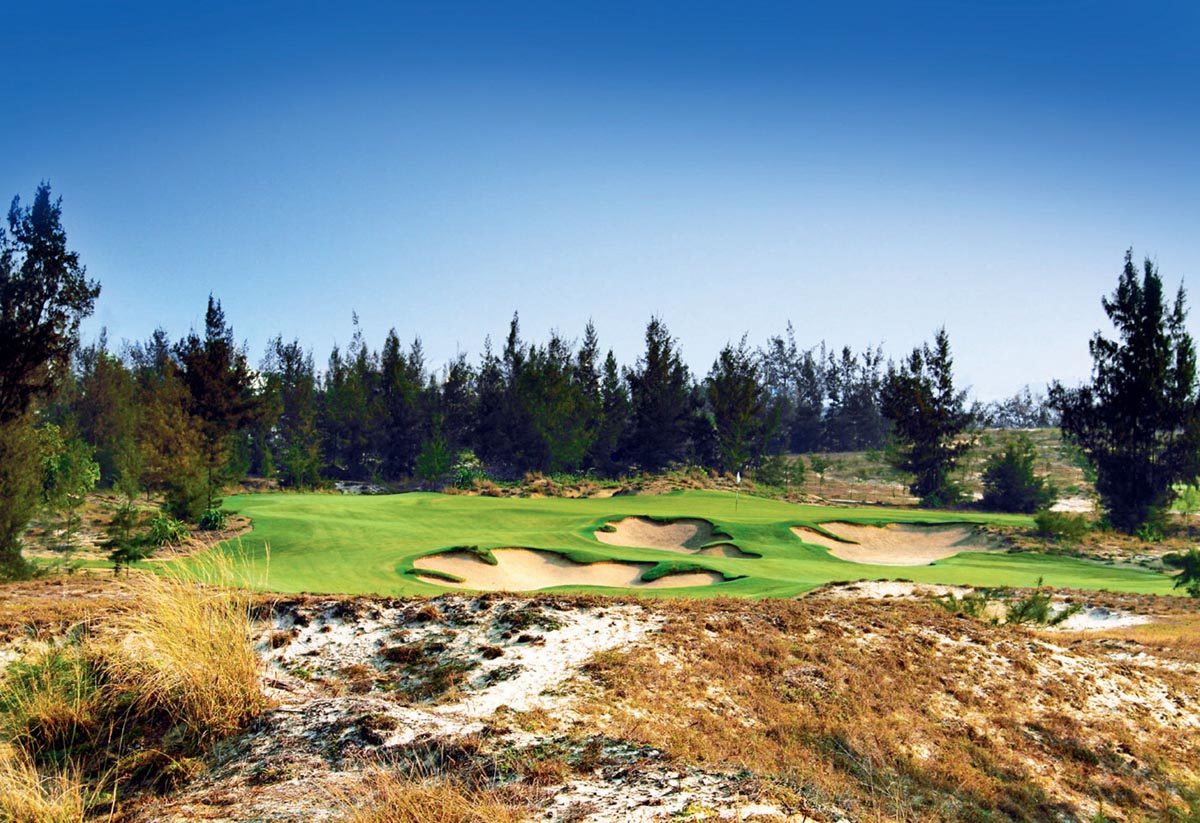 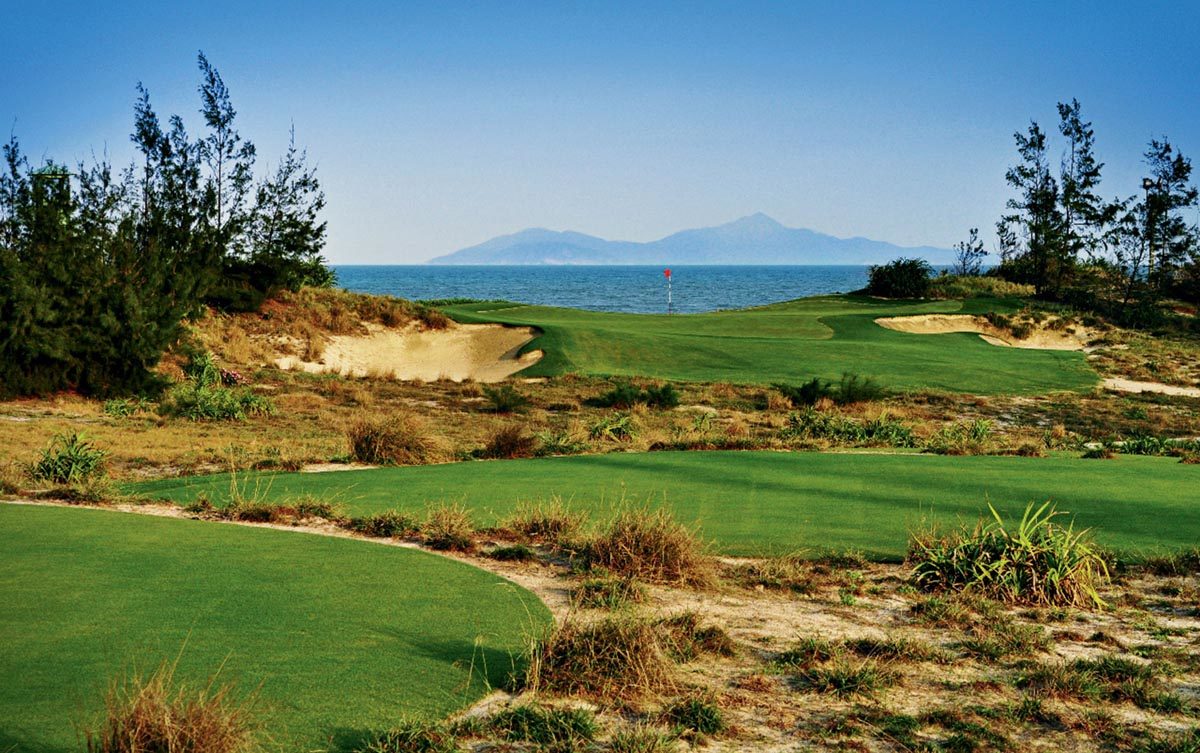 The par-3 16th with the ocean in the background, playing out to China Beach. – From Sand To Success – Danang, Vietnam – Issue 18 – Harley Kruse

Danang City and the local provinces had wisely opened up to tourism investment around 2007-08. It would mean the development of several new hotels, restaurants, and two golf courses south of the city and one course to the north.

Next door to the Danang Dunes course, was the IMG-designed Colin Montgomery Links, which is a more formal, landscaped course in contrast with the natural and wilder character of the Dunes Course and its sandbelt style of bunkering. The contrasting styles provide two distinct offerings and it is no surprise that visitors will fly in and play one course on the first day and the other the next day. Then settle for their preferred course if around to play on day three.

Initially the two development companies of these courses – VinaCapital and IndoChina Capital – were competitors for real estate sales and golf. However, over time the management of both realised that they really needed the attraction of a combined critical golfing mass of two 18-hole courses in one location for Danang to become a true Asian golf destination.

Over 7000 rounds in a month had me a bit worried, for the course was never really designed for this. I was preparing myself for worn-out fairways and pitch-marked greens. However, Australian Superintendent Dan Brown (ex-Metropolitan GC, Royal Queensland remodelling) had the course in great shape. All this despite a fire that had destroyed part of his maintenance facility.

The fundamentals of having fairways on sands meant the course could take the wear and tear. Fairways were deliberately wide too, not only to give more strategic play options and be user-friendly for guests, but to spread traffic. We had got the grass selection right in using a dense, compact Bermuda variety (Evergreen) sourced from Indonesia that was vigorous in growth and could be mown tight where needed for promoting ball roll and the ground game.

At the Dunes Course we were able to create a course not seen in Asia before and it was popular from the beginning. The volume of golfing traffic and a difference in golfing culture and bunker etiquette has meant establishing true sandbelt-style bunkering with a vertical edge has taken time – and thanks to the persistence of Dan, it has been achieved.

Today, Danang has become a busy Asian golf destination with the two courses, a choice of 4- and 5-star hotels, plenty of restaurants and a casino. There’s a Faldo Design course one hour to the north of Danang and as I write another IMG design inland of Danang Ba Na Hills will bring the golf offering to four courses. The Dunes Course at Danang was recently acquired by a new owner and talk is a second course is likely to also proceed.

Quality golf offerings alone do not guarantee commercial success, so Danang is a fine example of getting the entire supporting tourism infrastructure in place that makes things work. And work it does. 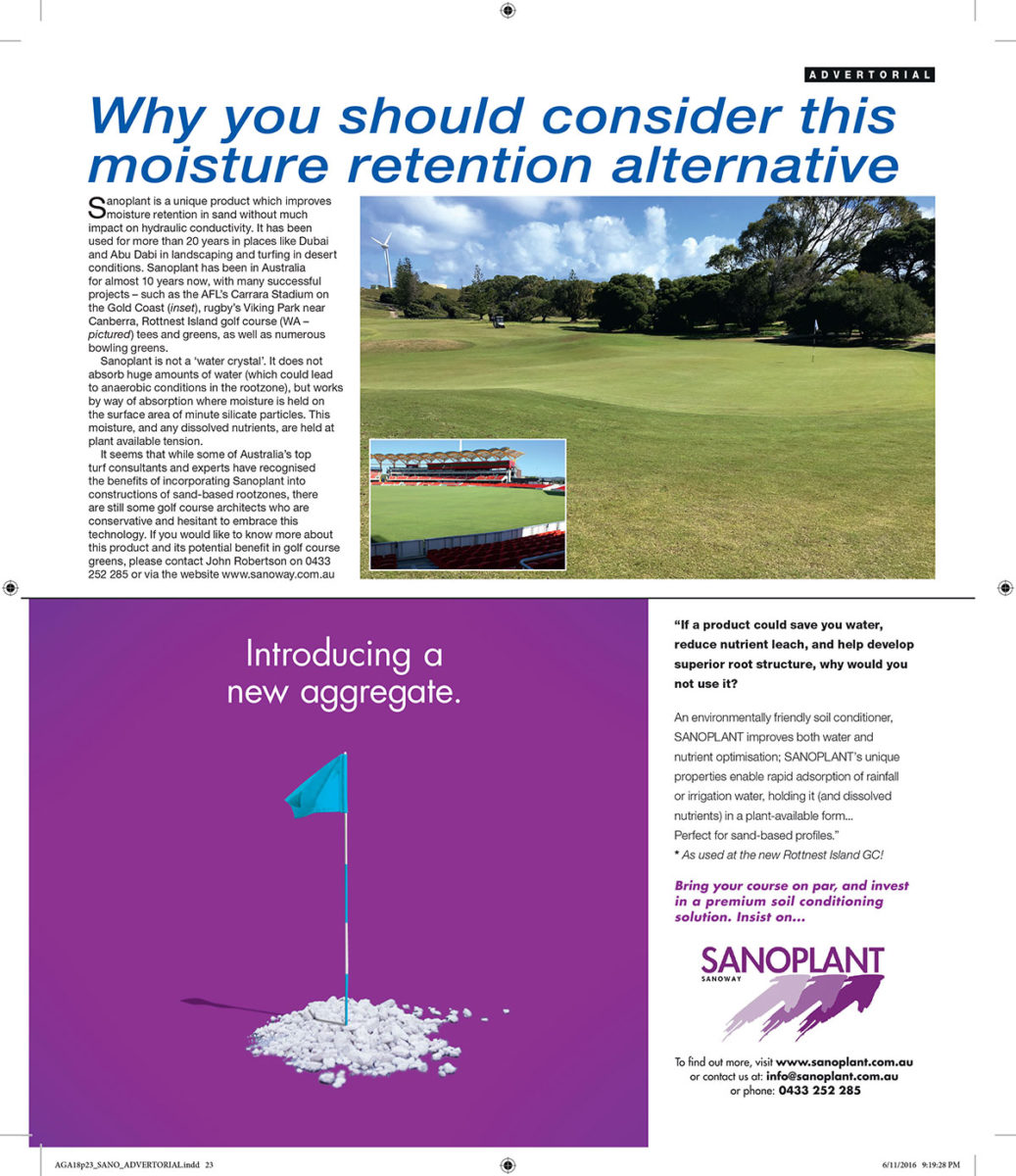