Metro’s sincerest form of flattery – Playable For All?

There’s simply no way a golf course architect’s design can please everyone.

A few years ago we made a new par-3 13th hole at Metropolitan. The Dick Wilson original, built in the early 1960s after the state government compulsorily acquired most of the back nine to build a school, had spawned a problem with neighboring houses. The club was compensated for the loss of its great holes with land that had formerly been a market garden and Wilson made eight new holes. – Mike Clayton 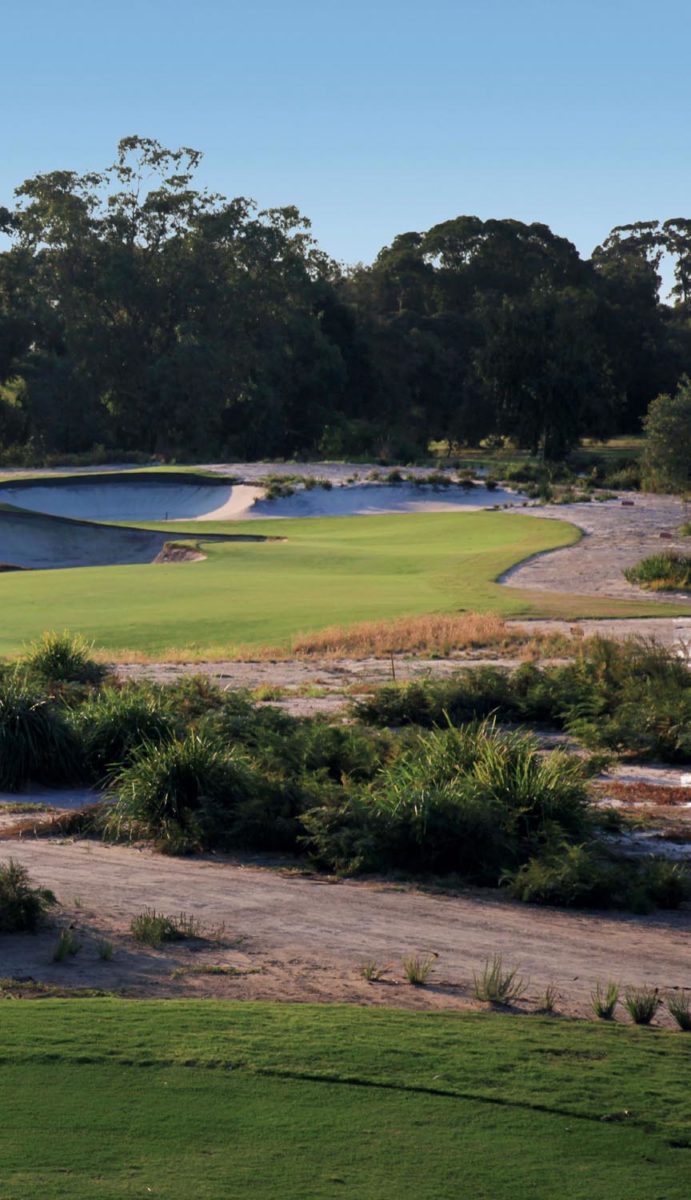 CONSTERNATION FOR SOME: The view from the tee at Metropolitant’s long par-3 13th; certainly the volumes of sand trigger anxiety in some players but should an easy passage to the putting surface always be a requirement? – Metro’s sincerest form of flattery – Playable For All? – Playable For All? – Issue 16 – Mike Clayton

The hole we built was based on the principles of Charles Lane and Sam Bennett’s brilliant 15th at Commonwealth.

Here, the entirety of the front of the putting surface is protected by sand and the only way to hit the green is to carry the fronting hazard. I have long thought the Commonwealth hole one of the great short holes in the country and the question it asks one worthy of replication. Off the back tee the ball has to carry 125 metres and be hit on a high enough trajectory to hold the 35-metre-long green. When the pin is cut just over the bunker, the choice is to flirt with the front line with a marginal club, or play safely past with a club sure to clear the sand.

These courses were to be places where important championships were held and their genius was they married a championship test with member play. Inevitably though there were shots beyond the capabilities of the poorer players.

Everyone pays lip service to the refrain of ‘playable for all’ and it is hardly unreasonable but no-one with a poor bunker technique can hope to escape the Road Hole bunker at St Andrews or MacKenzie’s ‘Big Bertha’ left of his famed 15th at Kingston Heath. Does the great 7th at Royal Adelaide pass the ‘playable for all’ test? It clearly doesn’t if a competent bunker shot is beyond your capabilities. 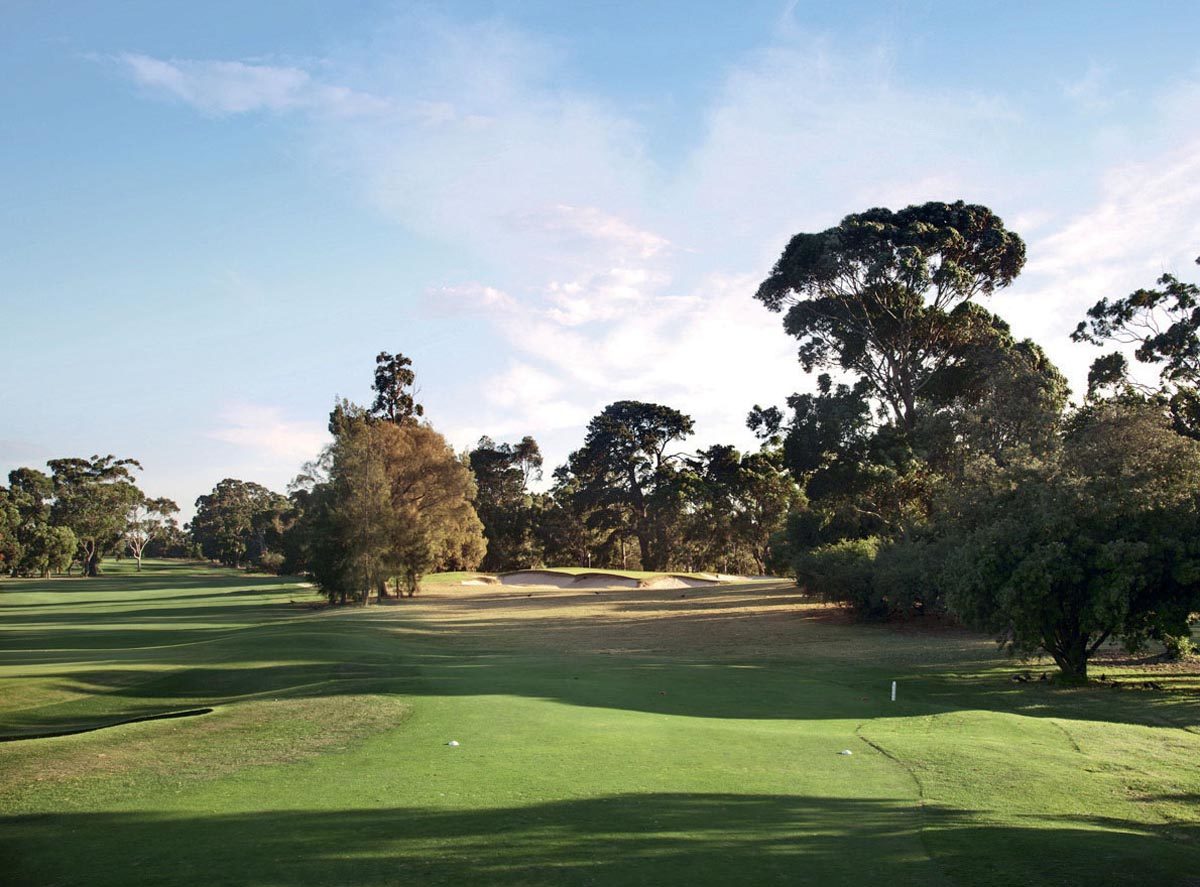 One elderly member called asking if we had considered the 80-year-old members when we conceived the hole at Metropolitan. The simple answer was ‘not really’.

I suggested the 15th at Commonwealth was one of the great holes and one asking a hardly unreasonable question. Certainly it wasn’t deemed unreasonable in 1920. He agreed but countered with the argument one of the features of Metropolitan was the greens at every hole gave you a chance to run the ball on.

It is true. You can run the ball onto every green on the course (except 13) from far short of the green and it is a feature that makes the course infinitely playable for the vast majority.

My argument was I thought it not unreasonable that at one hole in the round the shot had to be played in the air – and on a hole where you control where people play from and where every shot is hit off a perfect lie and a level stance.

It is hardly an unreasonable question in an age when equipment has made the game easier to play than ever before. Perhaps recreational golfers of today are just less inclined to work hard at their games in order to hit shots hitherto beyond their capabilities?

Critics can by all means complain about the look of the hole but don’t grumble about a question asked on other sandbelt holes, including the 4th at Victoria, 9th at Commonwealth, 3rd and 12th at Huntingdale, 10that Kingston Heath, 13th at Royal Melbourne West, 17that Woodlands and the 3rd Spring Valley. Farther afield the beautiful short 16th at Riviera is a hole leaving those hoping to play a running shot no chance.

The tee shot at the par -5, 9th at Royal Queensland asks another perennially controversial question. A small bunker sits almost in the middle of the fairway about 230 metres from the tee. There is 30 yards of fairway to the right of the bunker and probably 25 to the left.

At a members’ meeting a couple of years after the course was finished the inevitable ‘unfair’ question arose followed by the accusation ‘it catches my perfect drive’.

“Well”, I countered, “there is 30 yards of fairway right of the bunker. It’s not an unreasonable width of fairway is it?”

“And there is 25 yards to the left. Narrow… but not unreasonably so?”

We agreed on that much.

“So using your logic if we grew all the fairway left of the bunker as rough, in effect making the bunker on the left edge of a 30-yard-wide fairway, it would be acceptable?”

“Well, I never thought of it that way…”

Neil Crafter’s redesigned 4thhole at Glenelg is made by the perfectly placed central bunker 200 metres from the tee. It catches the shot flying too close to the sun but far from the perfect shot and it forces everybody to deal with the question it asks.

Inevitably over the course of 18 holes good courses will offer a wide variety of questions. Some will be routine, some unusual, some controversial and some seemingly nonsensical.

Can you draw the ball around the corner of Royal Sydney’s 18th or Kooyonga’s 8th ? The 7th at The Australian or Metropolitan’s 9th will find out how your left-to-right tee shot is working. If you flare a drive too far to  the right of the fairway bunker at Royal Melbourne’s 17th , can you hit a high faded long iron into the green? 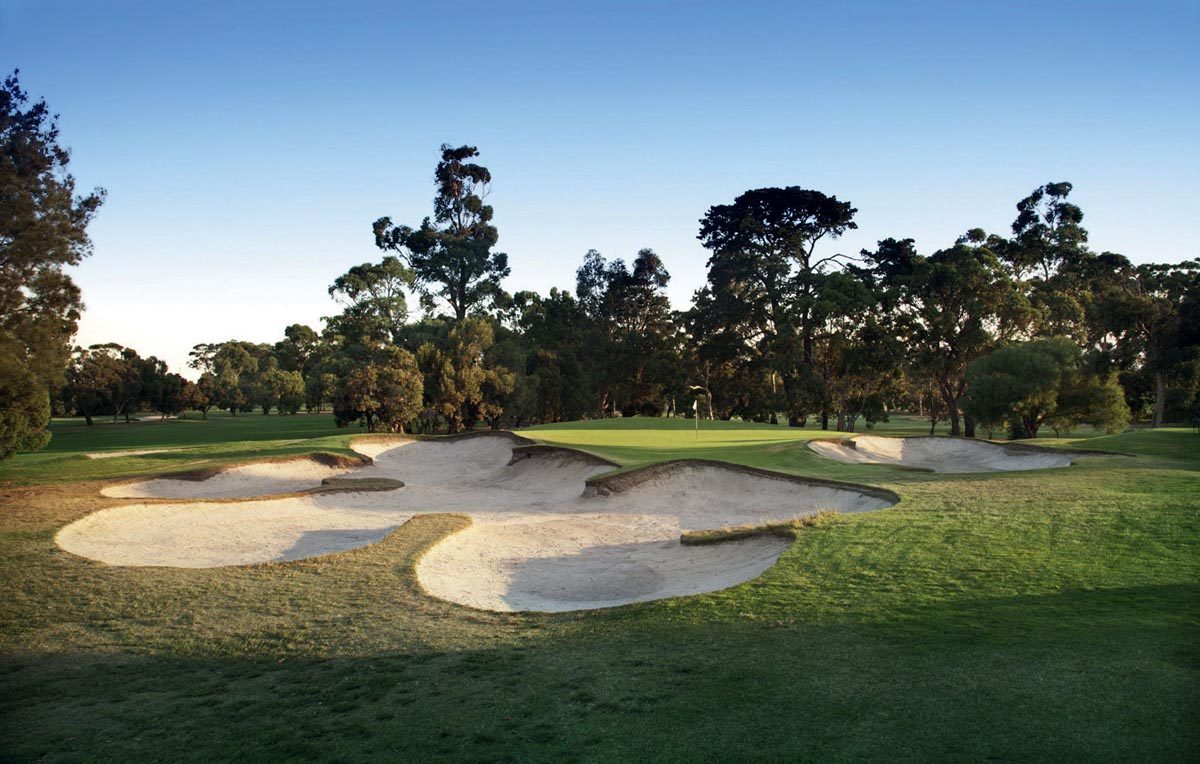 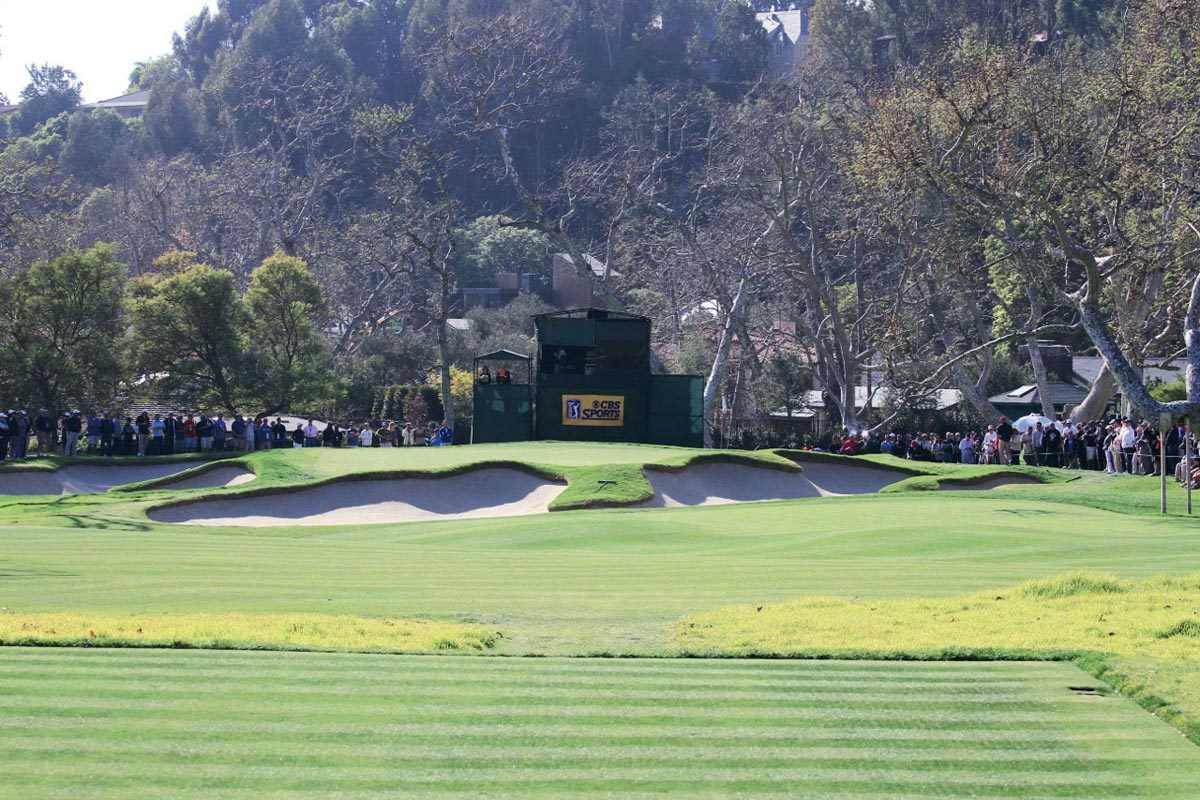 ‘To my knowledge we haven’t created any innovative ideas or used any long forgotten features. We apply time-proven design principles in varying arrangements.’

Can you putt the relatively slow, undulating greens at Barnbougle as well as the fast, tilting greens at Victoria? How do you manage the multitude of strategic choices posed from the tee at Royal Adelaide’s 3rd or Victoria’s 15th.

Bill Coore once said: “To my knowledge we haven’t created any innovative ideas or used any long forgotten features. We apply time-proven design principles in varying arrangements, to create what we hope are sound, artistic and traditionally orientated golf courses. This process might be likened to musical composition. While there are no new notes there are limitless ways to arrange those notes into a composition.”

All the architect is trying to do is look at how to ask interesting and timeless questions. Some will be unreasonable for poorer players – but whoever sat an exam and expected to be able perfectly to answer every question?

And, why couldn’t the state government have built the school on the market garden?