Why planning, teamwork and precise execution are crucial in achieving a good renovation outcome.

Each golf course we are approached to review is different, with varying issues, but the process we adopt is similar in all cases. Over the past 30 years, our group has been involved in more than 50 major new golf projects across Asia, as well as more than 1,000 consultancies – ranging from general advice, looking at a single green to reviewing the whole golf course as a Master Plan or redevelopment / renovation process. – Phil Ryan

Golf renovation work is all about planning, teamwork and execution. 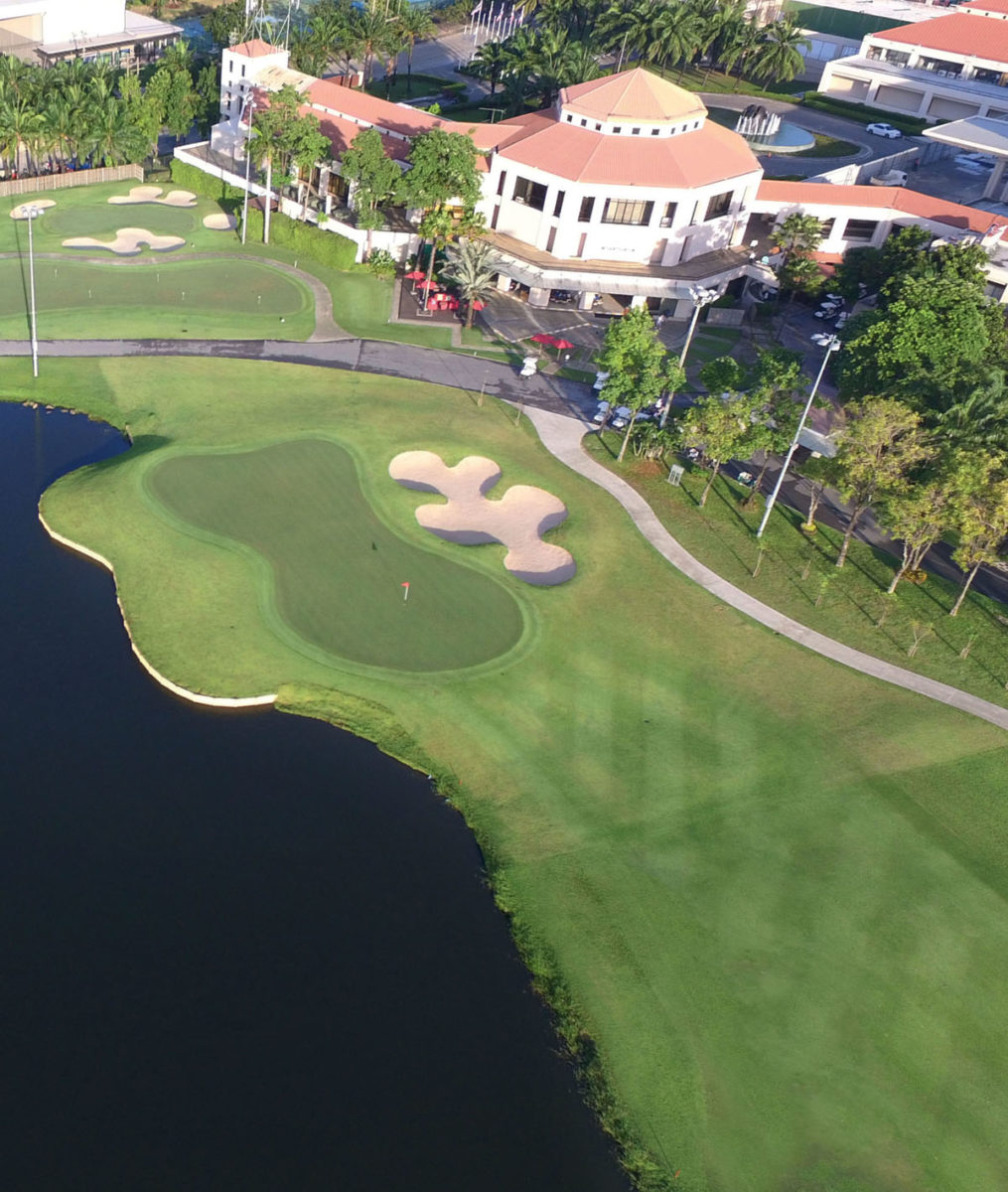 Golf architects and site planners have a great deal of knowledge about golf and golf-related issues; however, we also know that the management, superintendent, golf professional and board members understand the concerns of golfers and local problems at their own golf course far better than we do and so any review process should be done as a team to maximise the outcomes. Management are also the first point of contact for users and by being involved in the process can better articulate any potential modifications or impacts.

We therefore undertake a Masterplan workshop process whereby we: 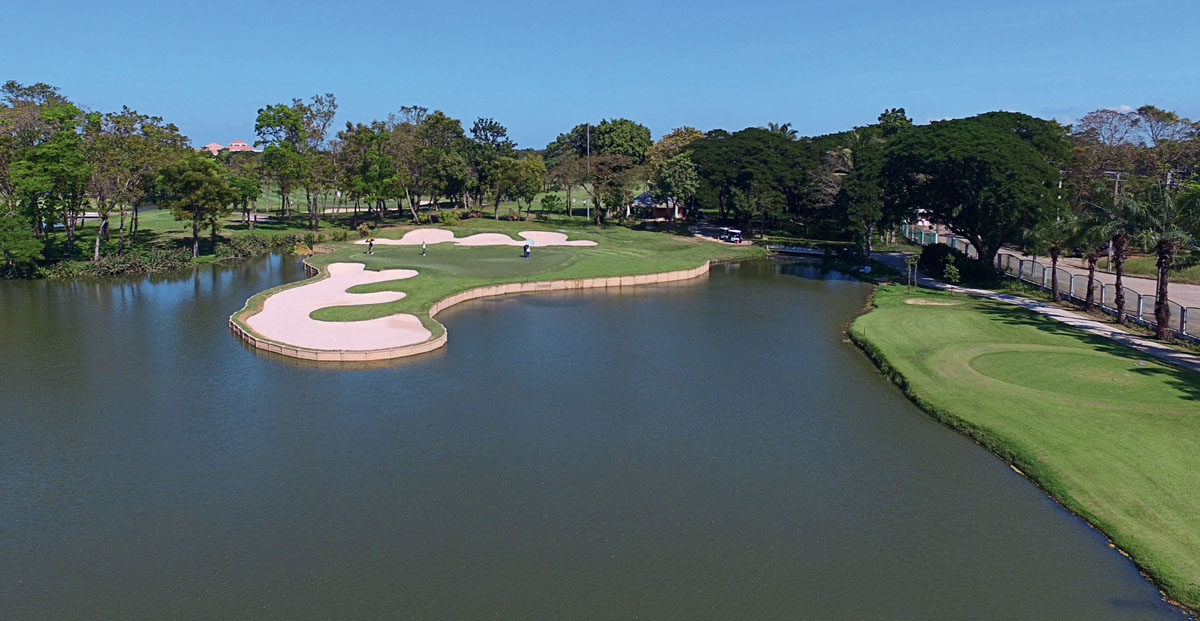 From this initial workshop, a draft Master Plan report and associated concept plan(s) are developed, then given to the team to review prior to a second workshop.

A draft report may address many issues but nearly all will come under the following three main categories (a) the target market (b) golf playability and (c) technical issues. 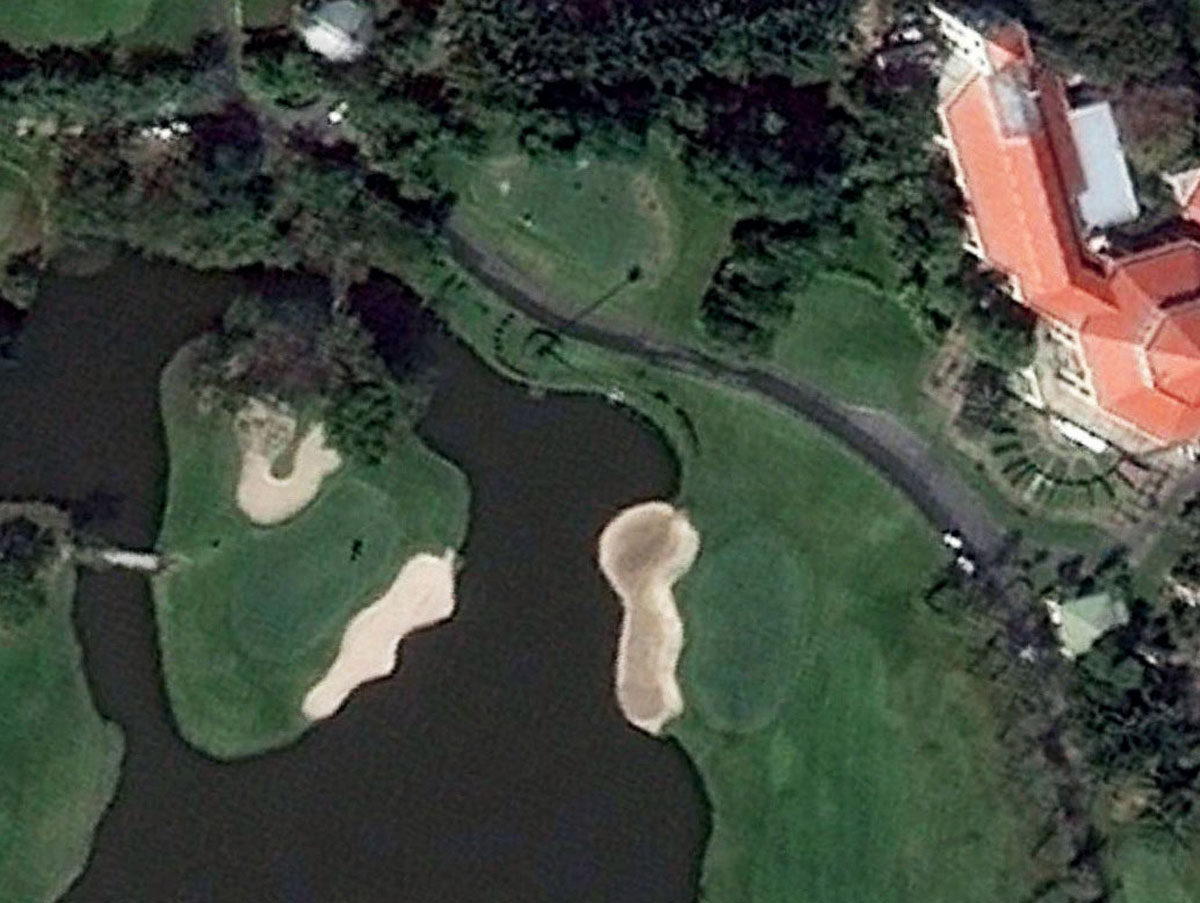 Now some golf purists may be aghast at such priorities, believing it is all about golf playability and that if you have a great golf course the rest will take care of itself. However, golf is a business; the private club / resort or public course has to be viable and to do so it has to be market-orientated. Not every golf course has the funds nor the site to create a very special golf product that draws golfers from all over to play regularly.

The team has to know its target market and this is one of the key considerations we look at. Who are the regular golfers; where do visitor green fee players come from; and what standard are all these golfers? A viable business needs to attract golfers on a regular basis and to do this the users need to have fun, really enjoy the course, the club and the entire experience of paying money to come to the facility. 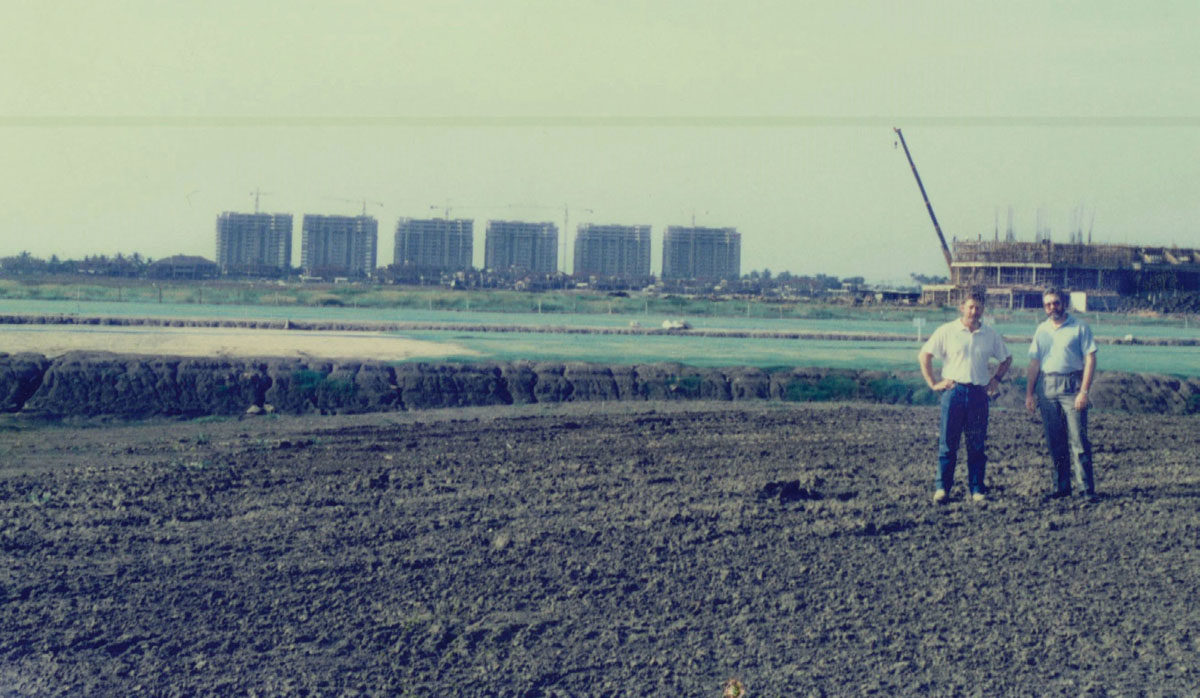 Any renovation report should look at the current situation, problems / solution(s) along with a program for addressing issues and an accompanying budget. Also included would be plans and sketches along with images, examples and support information.

The draft report may also generate a need for further technical investigations, survey or sourcing of specific materials / information.

A second workshop is then undertaken (sometimes even a third if major or contentious issues are involved) where the team go over all aspects of the draft report / plans and finalize a team approach to any potential redevelopment and / or issue(s) resolution. Such a redevelopment may be done as a single project over an immediate timeframe or involve a process over five to 10 years, the final program is normally driven by priorities and budget.

In all cases if major works and disruption is involved, it is important to inform and educate users if the team wishes to minimise potential income disruption or enjoyment of the facilities. In the case of private golf courses this may involve member information sessions, social media applications, newsletters and displays.

To give an example of an issue each from the main three (a, b & c) we have discussed, let’s use a recently completed commission for the Thana City Golf & Sports Club in Bangkok, Thailand. As a bit of background, this 18-hole golf course was built on an old fish farm (shallow water / flat silty clay land) and opened in 1993. Large lakes were dug within the golf course to generate fill material (soil) and the golf areas were then sand-capped. The low-lying land was prone to flooding so a major water pump system and levee banks were installed to protect the integrity of the facility. However, over the years several severe floods and movement in the silty clay used for construction had resulted in poor visibility / drainage of bunkers and greens.

As a summary or works, all of the bunkers on the golf course were either relocated as a part of the design process or at a minimum renovated and rebuilt. Eleven greens were redesigned / rebuilt and all the tees were rebuilt. All of the above work was carried out over a two-year period, with a full 18 holes opened at all times.

I knew a fair bit about the original site as I twice visited the golf construction during 1991 while going through Asia on other PCD projects; a friend from Melbourne, Gavan Wilson was the construction manager. 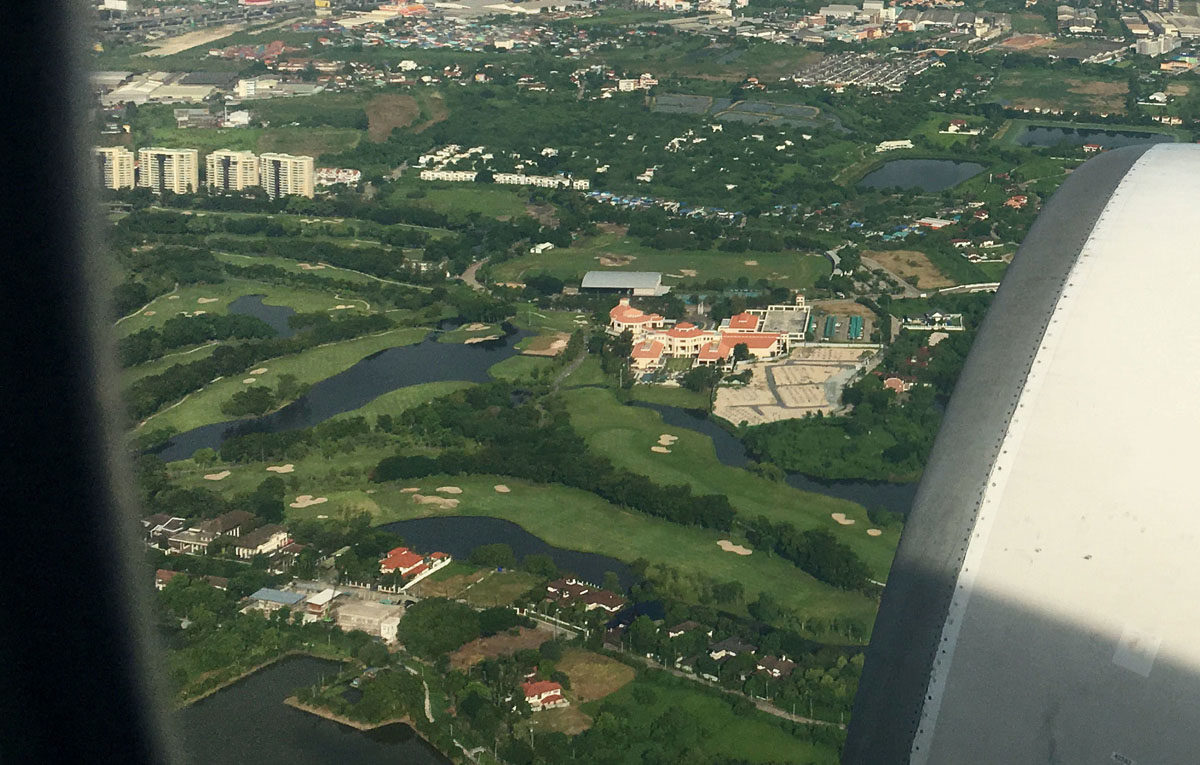 Diverting a little, I’ll add I have the greatest admiration for Golf Architects that take on projects at a degraded site and produce a golf course that is the foundation for a financially viable project such as Thana City. How easy it is to lay out a golf course on pure sand along a pristine piece of Coastal land and claim to be successful, try taking on a clay-based fish farm on the outskirts of Bangkok, or an old tip site with a set budget, and produce a golf course that is fun to play and attracts golfers week after week – now that is success.

Two aspects of the target market were important. Thana City income relies on regular members and a significant portion of green fee golfers, it is very competitive for the green fee business as there are over 10 golf courses nearby that compete for the same market. In this respect the landing zones, width of fairways, visual sighting of bunkers, bail-out areas and welcoming greens were viewed important. Also critical was minimising disruption to an 18-hole layout during renovation works.

Additionally, Thana City is constructing a new hotel on site near the club, which also sits under the flight path for the nearby International Airport and the Management wished to try to attract the attention of golfers who come to Thailand. We looked at the zone around the club and developed options that addressed several needs. 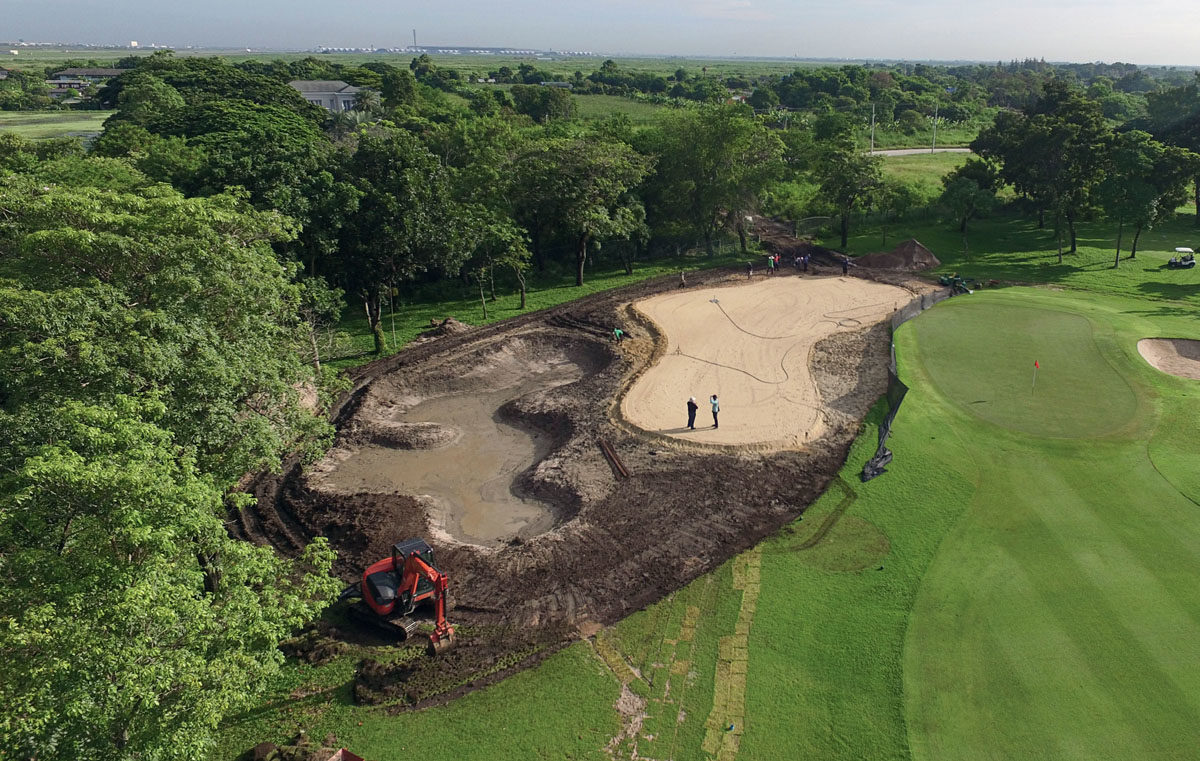 Keeping the course in play during construction, with the old green and the new works at the 5th hole. – Renovation approach: The Big Picture – Achieving Good Renovation Outcomes by Phil Ryan – Issue 19 – Phil Ryan

The team identified a very large ‘architectural feature’ (a staircase), coming out of the restaurant level in front of the golf club. The staircase had been closed for many years, as nobody used it. When removed, it gave us an area of 77 x 30 metres in which we planned a par-3 19th hole (53 metres in length) alongside of a practice putting green.

Not only did this remove an eyesore from the club frontage to golf, it both opened up the views to the course from the restaurant and terrace as well as adding a great little practice area just below. The bonus was now management had a par-3 hole to use when another par-3 was closed for renovation. Other phases on par-4s or -5s had specially prepared temporary greens (sand-capped fairways helped here) which were very professionally done.

To complete the makeover of the zone in front of the club, the 9th and 18th greens were rebuilt and this significantly improved the impression from the restaurant terrace; it also served as a teaser for plane passengers viewing the course – management now get a lot of emails such as: “I was flying over and saw a big shark bunker / can we play the golf course?

In respect to playability there were a lot of items addressed but two definitely stood out. First, around six years after opening, a significant number of new trees (thousands), not included in the original design were planted and this blocked many lines of potential play / strategic options. The tree-planting filled in zones between fairways and lakes, narrowing fairways and culminating in changing the basic character of the course. 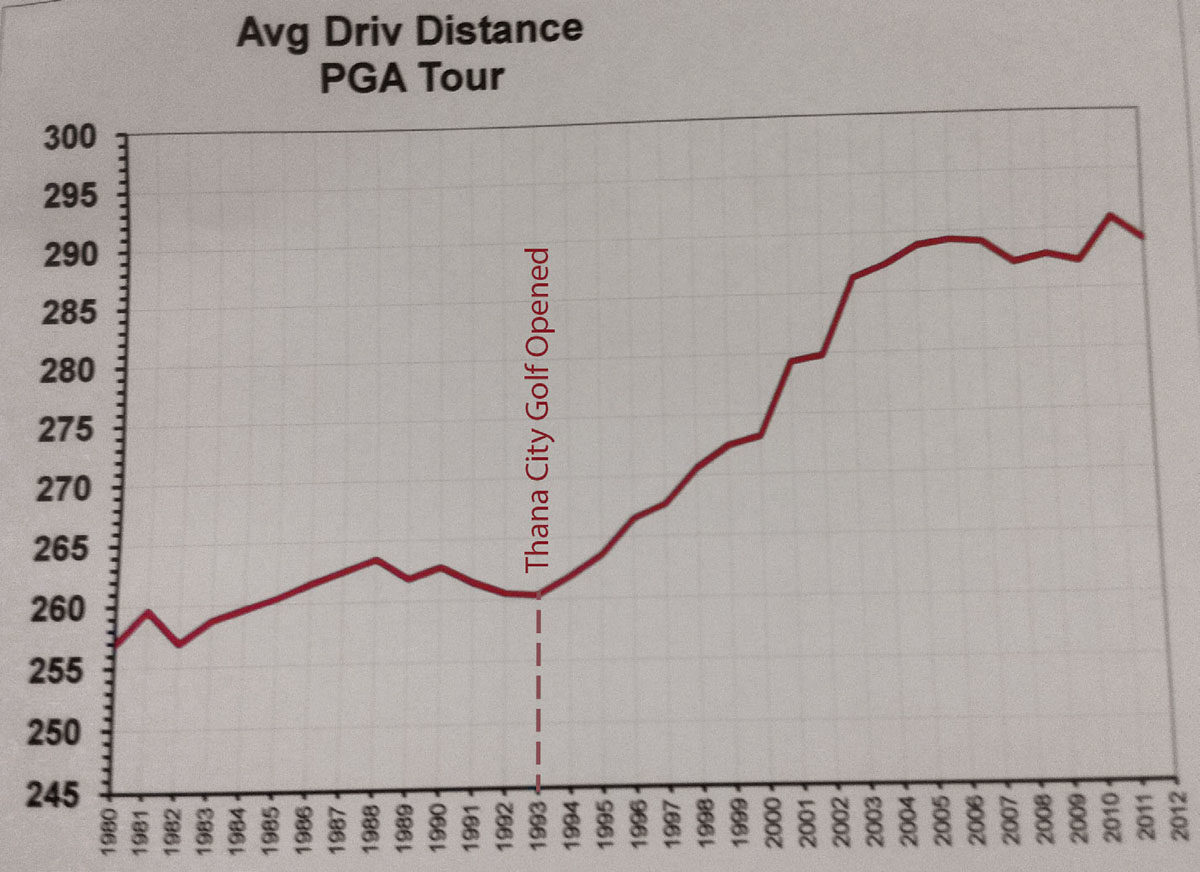 Forward two years after the renovation plan was approved and many of these (quick-growing / poor quality) trees have been removed, fairways widened again and a better selection of quality trees planted in appropriate positions to take over as the remaining existing trees decline. This process also allowed us to create new tee positions, giving alternative play options, slow swing golfer alternatives and more receptive green zones. 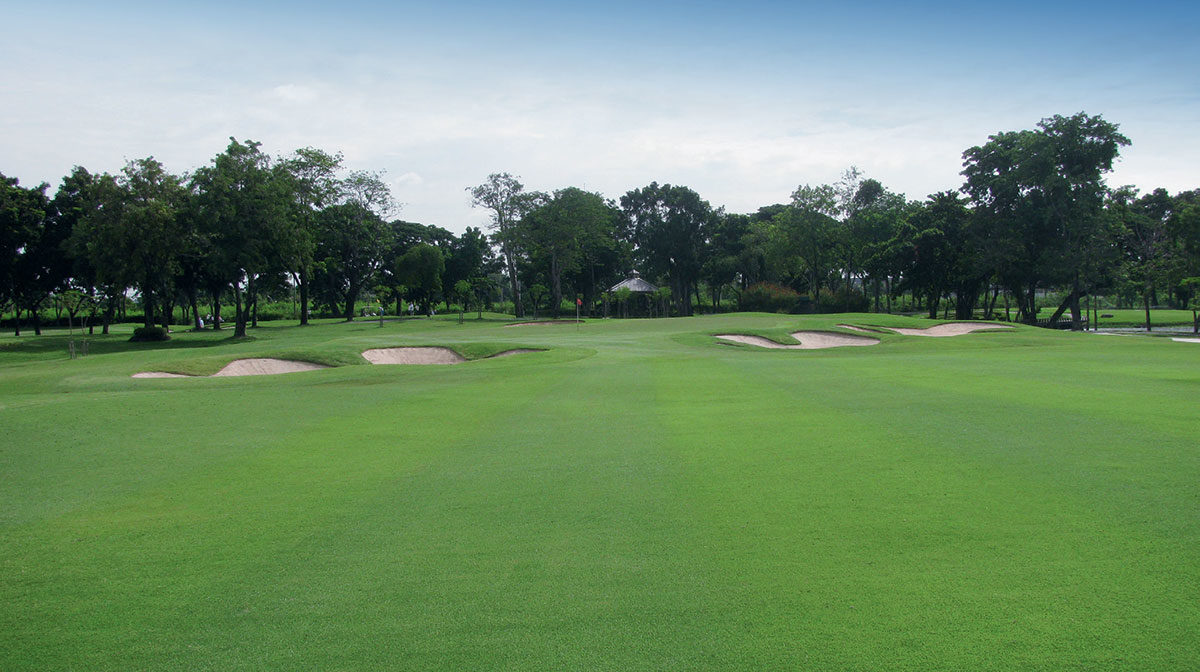 Next comes the impact of golf equipment on playability; unlike some sections of the golf fraternity let us not pretend that such improvements in the golf clubs and balls have not impacted significantly on many, many golf courses. The USGA testing station had done analysis from 1980 to 2012 as per chart shown, giving the average driving distances on professional tour, in 1993 when the Thana City Golf Course was opened the average driving distance was 260 yards. Now as per 2005 to 2012 the average has settled at around 287 yards. Quite simply, many of the original bunkers at Thana City were not in play for a range of current golfers and to add further to this situation nearly all had settled due to the previously mentioned movement in base soils, so were not easily seen and all had drainage issues.

The technical issues were numerous but major items included irrigation equipment upgrades, new cart path, drainage and flood mitigation works. Technical issues often end up being the most expensive part of a renovation process, with most of this not being readily visually apparent to the golfer. However, such technical issues are often the foundation for golfer enjoyment and form a critical part of a viable golf course structure.

The renovation process is not about getting a golf course in the top 100, it should be about creating a viable golf product that gives a return on investment. It should be about establishing an environment where the target market has a truly enjoyable game of golf and wants to return as soon as possible. If that is achieved, then the team has done a really good job.

* Phil Ryan is a director of Pacific Coast Design 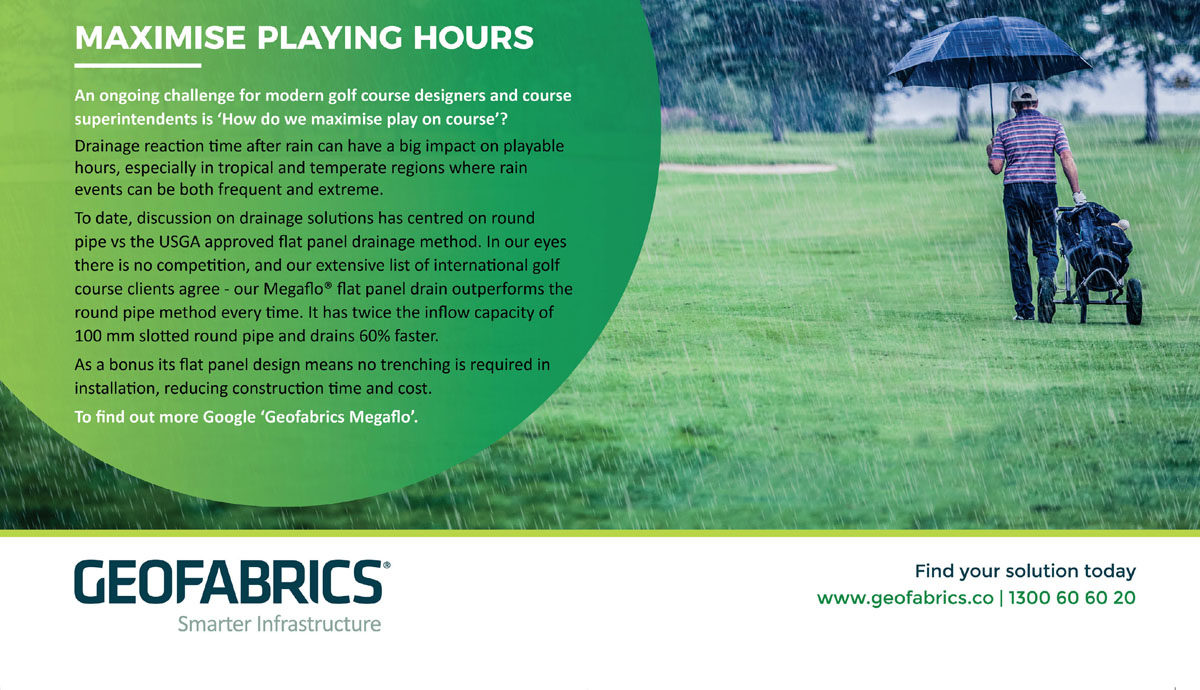